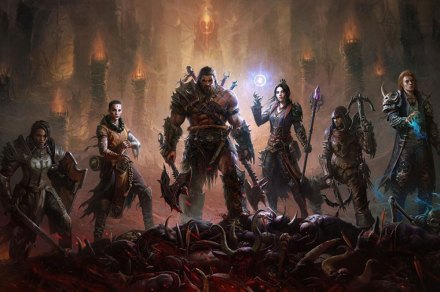 Diablo Immortal has appeared on U.S. mobile storefronts ahead of the planned June 2 launch date.

Despite Activision Blizzard formally announcing the release date for Diablo Immortal being June 2, and even tweeting out a map of global release times, the game has already begun showing up to download in the U.S. This is only true for the mobile version of the game, and it currently only seems to be available in this one region so far.

After the surprise launch was discovered, Blizzard confirmed that this was intentional and that the PC version would launch, as previously planned, on June 2.

The release times tweet did state that players “may see it populate on servers even sooner,” however gave no indication that it could be a full day earlier than expected. A pinned comment on the Diablo Immortal official Discord server, on the other hand, did imply this would be the case. The comment, posted on May 28, states that “As we note in our blog iOS and Android players will start to see Diablo Immortal propagate on their respective stores on the morning of 6/1. We don’t exactly know who will see it first or in what order of those who will see it. We expect this to be fairly early in the morning that this process will start (Pacific Time).”

It isn’t often that game releases are pushed forward, even if it is only by just a day, so this is a welcome surprise for anyone looking forward to giving Diablo Immortal a shot. While this currently only applies to players in the U.S, we anticipate other regions will start seeing it appear over the course of the day as well, except for the Netherlands and Belgium where the game will not launch due to their laws against lootboxes.