BREAKING NEWS
GMT-4 08:57
Home Technology Diablo Immortal will not release in the Netherlands and Belgium due to loot boxes 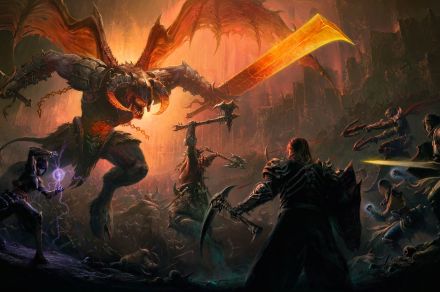 Blizzard’s upcoming entry in the Diablo series, the free-to-play mobile and PC exclusive Diablo: Immortal, will no longer be releasing in the Netherlands and Belgium over loot box legislation.

Set to launch on June 2, Diablo: Immortal originally included these two regions in the official list of countries the game would be available in. However, only days prior to the release, Dutch news outlet Tweakers received a statement from a communications manager at Activision Blizzard saying that the game will not be releasing. The reason cited was “the current operating conditions in these countries.” This was even after players were able to pre-register for the game, an option that has since been removed.

More context was given on the game’s official subreddit, where a Blizzard employee wrote, ” Unfortunately players in the Netherlands and Belgium will not be able to install Diablo: Immortal due to the countries’ gambling restrictions. The loot boxes in the game are against the law in your country, so unless the gambling restrictions change, the game will not be released in the Netherlands and Belgium. It would be illegal for you to download the game in another country like France.”

Blizzard itself played a large part in this loot box legislation getting passed in 2018 after games like Overwatch brought major attention to the potential dangers of gambling systems in games. While the specific details of how Diablo: Immortal‘s loot boxes will work haven’t been revealed yet, these statements, and the game’s free-to-play nature, all but confirm that they will be purchasable for real money.

Diablo: Immortal already had an uphill battle to climb after a disastrous announcement at BlizzCon 2018, however, it has since seemed to regain some goodwill thanks to launching on PC and positive preview impressions. This stumble just before launch certainly isn’t the type of thing Diablo: Immortal, let alone Activision Blizzard, needs at the moment.