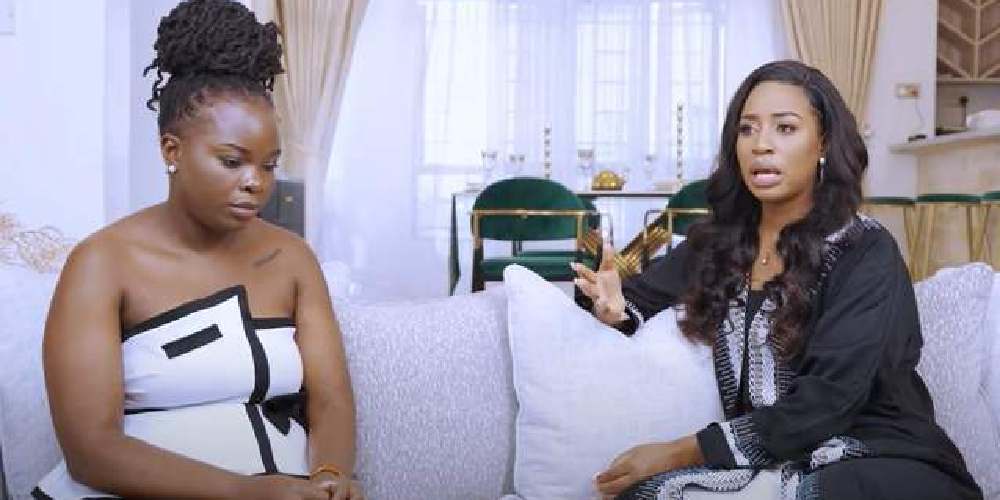 Diana Marua Warned That Yvette Would Get Another Child For Bahati

Bahati’s wife Diana Marua, has told off a fan who warned her against mingling and inviting Bahati’s baby mama Yvette Obura to her house.

Diana had shared a video of Yvette bonding with her daughter Heaven Bahati with the caption;

“Just like that…. @HeavenBahati has found another Mummy ? She says mama Mueni is her Mummy and who I’m I to say a word?”

Well, a fan identified as Elizabeth 123033 warned Diana from being too open to Bahati’s baby mama.

She said if Diana is not careful, Mama Mueni would end up getting another baby with her ex-lover Bahati

“Diana, I repeat… you will regret it, just a matter of time, her second born will be Bahati’s kid once again,” the fan wrote.

Responding to the post, Diana told the fan to mind her business adding that children are a blessing.

The two mothers are currently on good terms after ironing out their issues.

According to a recent video on Marua’s YouTube channel, Yvette said it took her four years to get over her beef with her baby daddy and Diana Marua.

“I am just from a breakup, I wondered how fast he met a girl to date,” she said adding that she started stalking Diana on Social media trying to find out who she was.”

Mama Mueni said at the time she had broken up with Bahati but was struggling to find her way as a new mum.

“In as much as we had broken up, there was still that part of me I was like, how comes, why did this happen, why didn’t he give me time. We were young and naive but we had our plans. I was depressed and had so much to handle.”

Yvette added that as time went by, they had a conversation and she understood that he couldn’t hold someone she was not in love with anymore.

“I let it go but it took time, three to four years to get over everything and to forgive both of you,” she said.

Diana said stated that she does not hold any grudges against Mama Mueni and that they are peacefully co-parenting.