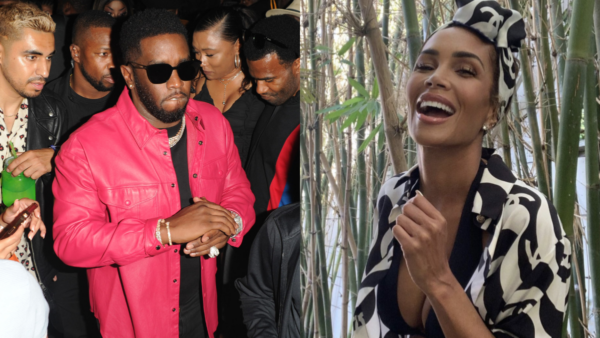 Sean Diddy Combs celebrated his daughter Chance and her 16th birthday at a beautiful family dinner on Wednesday, July 20. The father of six shares Chance with his former girlfriend Sarah Chapman. While dining with their family and friends, including “Love & Hip Hop: Atlanta” star Mimi Faust, Diddy took a moment to celebrate the mother of his eldest daughter and his friend of nearly 30 years on his Instagram Story.

“I wanted y’all to get the whole entire drip,” said Diddy as he put the camera on Chapman, who wore a colorful two-piece set. He called her “gorgeous” and “beautiful,” adding “Yea I definitely got good taste.” Chapman playfully looked into the camera saying, “You know, I’m shy.”

The next clip sees the 52-year-old sitting next to Chapman as he expresses his appreciation for who she is as a woman and mother.

“We’re here at our daughter’s sweet 16, yes, and I just wanted to say that if it wasn’t for you, man, oh, man,” he continued. “I’m so blessed to have a child with such a sophisticated, chic, beautiful, sweet queen like you … just the sweetest angel in the world.”

Chapman chimed in again thinking he was making a video for Chance’s birthday, but Diddy clarified it was all for her. “I’m giving you your flowers right now,” he added.

Chance Combs was born five months prior to Diddy’s twin girls, Jessie James and D’Lila Star, who turn 16 in December. He dated their mother, late model Kim Porter, who passed away from pneumonia in 2018. The former couple share a 24-year-old son, Christian King Combs.