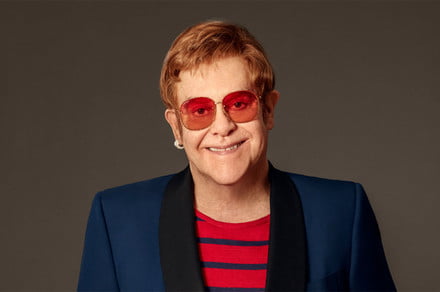 Elton John has been on and off of his farewell tour since 2018. However, the iconic musician is planning on having his final performance this fall. And to celebrate a musical legacy that spans five decades, Disney+ has announced that it will produce a new feature-length documentary about Elton John’s life and music.

The film’s title is Goodbye Yellow Brick Road: The Final Elton John Performances and The Years That Made His Legend. As implied by the name, Goodbye Yellow Brick Road will feature videos from John’s last concerts, including his final farewell at Los Angeles’ Dodger Stadium in November 2022. Additionally, the documentary will include footage of John that spans the entirety of his career, in addition to exploring his phenomenal run from 1970 to 1975. In that five-year period, John released ten albums, seven of which became #1 hits on Billboard.

R.J. Cutler and David Furnish are co-directing and co-producing the documentary, which will include never-before-seen clips of John at home with his husband and family.

“What a thrill and an honor it is that David Furnish and I get to create this intimate and unique look at one of the world’s most celebrated artists,” said Cutler in a statement. “As it has for so many others, Elton John’s music has had deep meaning for me for decades, and this opportunity is nothing short of a career highlight and privilege.”

“Elton and I could not think of a better collaborator than R.J. Cutler for a film that represents more than just Elton’s career — it’s his life,” added Furnish. “From the Troubadour to Dodger Stadium, we knew that R.J. would help guide Elton’s story and its many layers in a way that feels authentic and evocative. We’re ecstatic to be working together.”

Although this film will be a Disney+ exclusive, Disney Original Documentary will also give Goodbye Yellow Brick Road a limited theatrical release as well as “a robust festival run.” That will make it eligible for the Academy Awards.

Disney+ hasn’t announced a date for Goodbye Yellow Brick Road: The Final Elton John Performances and The Years That Made His…