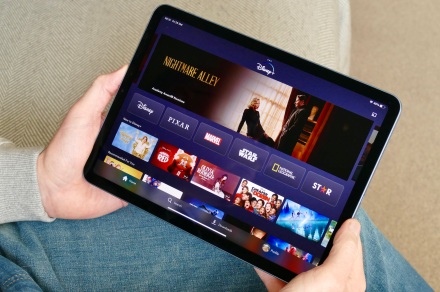 The reports of the demise of streaming have been greatly exaggerated. That’s true, anyway, for Disney+, which today just fired up 16 new markets across the Middle East and North Africa in what’s known in the biz as the “MENA” region.

Just like elsewhere, that means full access to thousands of movies and series from Disney, Star Wars, Marvel, Pixar, and National Geographic — along with the “general entertainment” that’s part of the “Star” brand. (Think Hulu, more or less, outside the U.S.) That means subscribers will have access to the best movies on Disney+, the best series on Disney+ — and everything else that comes along with that general entertainment category.

Pricing varies a little from country to country but is still in line with what you’ll see in the rest of the world. Subscribers will have access to up to four streams at once and unlimited downloads on up to 10 devices. Child profiles are available, too, and there can be up to seven profiles attached to a single account.

Here’s the full list of countries that now have access to Disney+, along with their monthly and annual prices:

Adding new markets should only increase subscription numbers for Disney+. As of April 2, 2022, the service had 44.4 million subscribers in the U.S., and 43.2 million internationally, for a total of 87.6 million. And that’s before you count the 50.1 million who have Disney+ Hotstar in India. That’s still about 62 percent of what Netflix boasts, at 221.64 million subscribers.