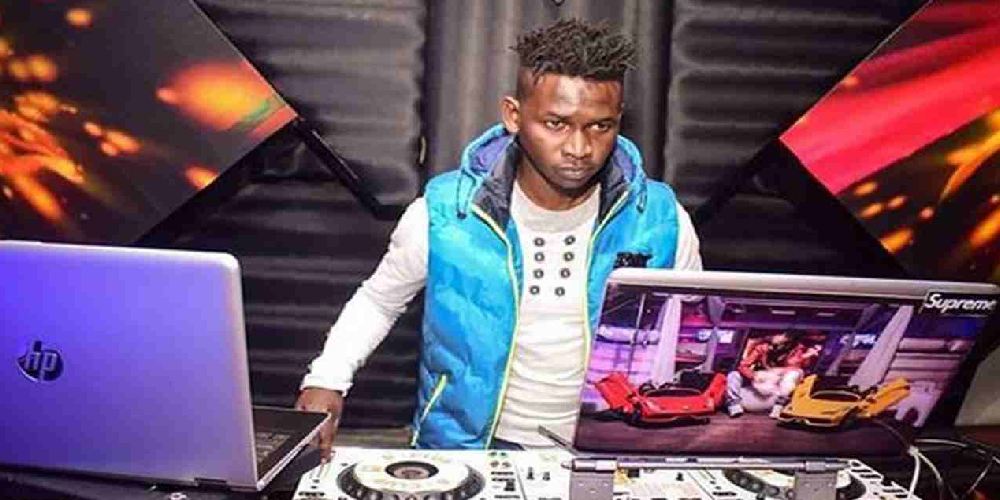 ‘DJ Evolve Now 3 Surgeries Away From Getting His Voice Back,’ Family Says

City DJ Felix Orinda, commonly known as DJ Evolve, is three surgeries away from gaining his voice back, his father John Orinda has confirmed.
According to Mr. Orinda, his son will finally no longer need to rely on the transechtomy that he has been using ever since his shooting incident.

A tracheostomy is a hole made in the front of the neck to allow a tube to be inserted into the windpipe (trachea) to assist a patient in breathing. It is an intervention done after a person suffers severe trauma to the neck.

“We asked the doctor who has been treating Evolve since the shooting how long Evolve has to stay with the tube and he said my son has a blockage that needs to be removed. It will need three surgeries and they are not very easy to do. This is when he will get his voice back,” said Mr Orinda speaking to Nairobi News on Monday.

Mr. Orinda also stated that his son is currently having difficulty articulating his words because the tubes he is using are preventing him from doing so.

“He cannot express himself very clearly. Sometimes when he speaks, it is very difficult to understand him but his nurses say they can immediately understand what he’s trying to say. The mucus plug makes things a bit difficult for Evolve,” said Mr Orinda.

He did, however, say that he is now hopeful that his son will fully recover because he has made excellent progress on his healing journey.

“I have been having pressure about this matter for a very long time but I feel a bit calm now that there is light at the end of the tunnel that my son will become well. He is doing well, he has put on so much weight and I am happy about that,” he said.

DJ Evolve was allegedly shot in the neck by Embakasi East MP Babu Owino in a Nairobi nightclub in January 2020.

The attempted murder charge against the legislator, however, was dropped after DJ Evolve filed a withdrawal application.

The family has since revealed that the MP has offered financial assistance for Evolve’s recovery journey.

His father previously stated that his son is still confined to a wheelchair and is practicing sitting.