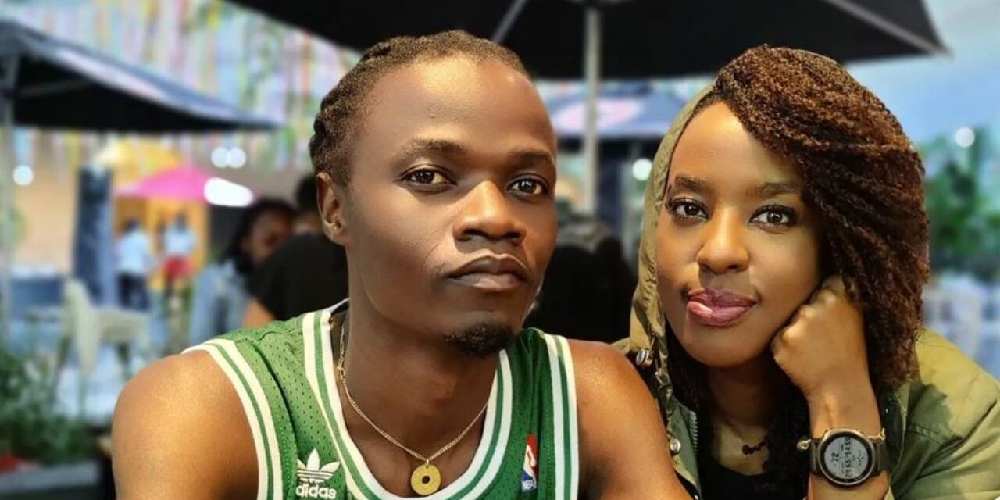 Lilian Ng’ang’a has come out to speak about her husband Juliani’s financial situation after he was trolled for being broke.

Speaking during an interview with Nation together with Juliani, brushed off concerns that they are broke but nonetheless did want to prove to critics that they are living large.

“Do we look broke? Anyway, we don’t have any reason to explain to people who are not in our life how we are doing. As long as you have a roof over your head, you are healthy and not sleeping hungry, the child is alright then what else do I need?” Lillian said.

On her part, Juliani said he decided to put up a pay bill number and pretend he was in dire need of financial help just to make fun of the people who claimed he was broke.

“I decided to have fun because some people had been making fun of me, so I also decided to play along. That is the last thing I would do in such a situation if it came to pass. I have people, a close circle of friends, who have been with me all through my life, who I can call and share such situations with,” he said.

Lillian’s husband on September 21, 2022, claimed that he was broke, and asked Kenyans to contribute money to him through a Paybill number he shared.

Speaking in a video he released on Wednesday afternoon, Juliani explained that the challenges he was facing were due to the large amount of money he has spent on his projects.

Lillian’s husband hinted that he even took on several debts in an effort to complete some of his projects.

He also revealed that the financial challenges he is currently facing had caused him to miss the time to be with his son while thanking his wife Lillian for understanding him.

“I can’t find time with my son now because I’m struggling here and there trying to pay the debts I took to fulfil several things that I promised myself to fulfil. I’m very grateful to my Lillian for understanding what I’m trying to…