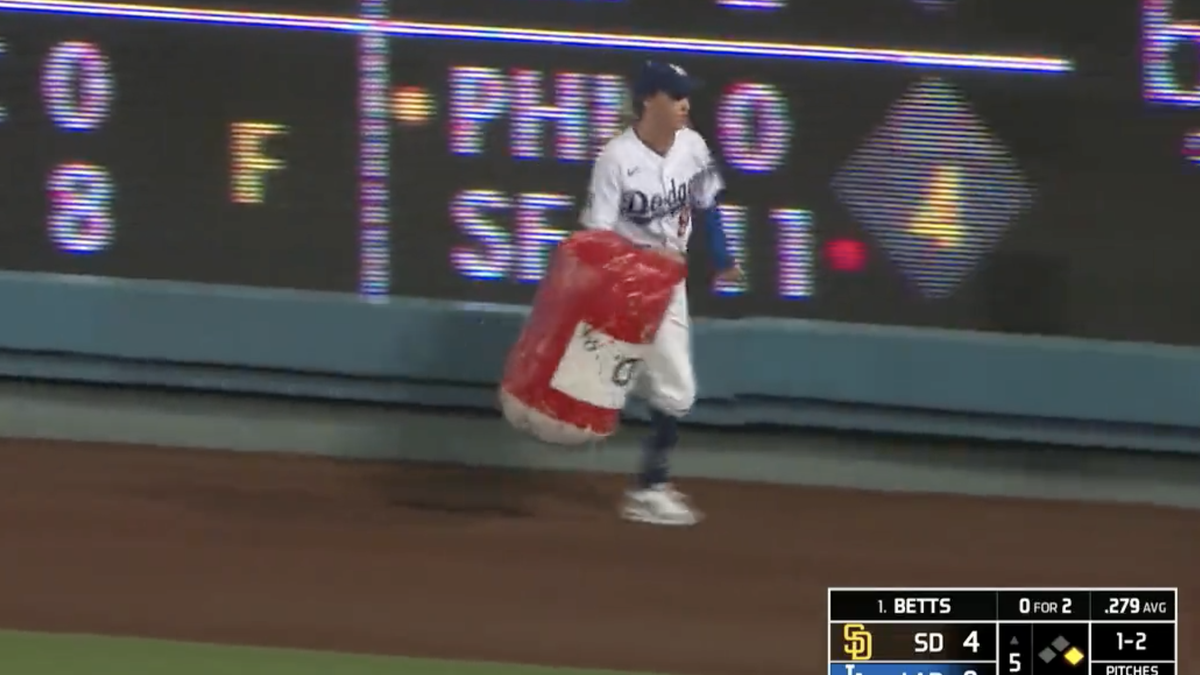 Inflatable PEDs? What will they think of next?Screenshot: Twitter

Fans trolling their opponents is a time-honored tradition, and one of the many reasons why going to the game is more fun than staying at home and watching it on television. Whether it be the creative chants being yelled in unison at a Premier League match or Sharks fans yelling “You suck!” at their opponents at the end of the national anthem, creative jeers make the fan experience all the more memorable. Well, Dodger fans just set a new standard.

This is beautiful! It’s remarkable! I hate the Dodgers, and I can’t help but smile, clap, and nod in approval at the sheer genius of this trolling.

Obviously, this is in reference to the Padres’ Fernando Tatís Jr. being suspended for 80 games for violating MLB’s performance-enhancing drug policy less than a month ago. While many items have been thrown onto baseball diamonds over the years (beach balls, batteries, food, etc.), the inflatable PED stands out because not only is it targeted specifically at the team the Dodgers were playing, but it also doesn’t hurt anyone, couldn’t possibly hurt anyone, and it’d be really easy to replicate.

As much as I love to bag on the Astros for their 2017 cheating scandal, the ensuing trash cans that were repeatedly thrown onto the field against the ‘Stros weren’t very fun. For one, trash cans were one small part of the whole cheating scandal, not really representative of the scandal as a whole. Second, imagine that a trash can slipped out of a fan’s hand while he/she was trying to throw it. That could knock out another fan. An inflatable PED doesn’t run into that problem. It’s soft, but still gets the message across.

I mean, take a look at the video again. That’s just a plastic bag filled with air, and covered in a little duct tape. Throw in a little sharpie for labeling and BAM, you’ve got yourself an effective troll. It’s also way…