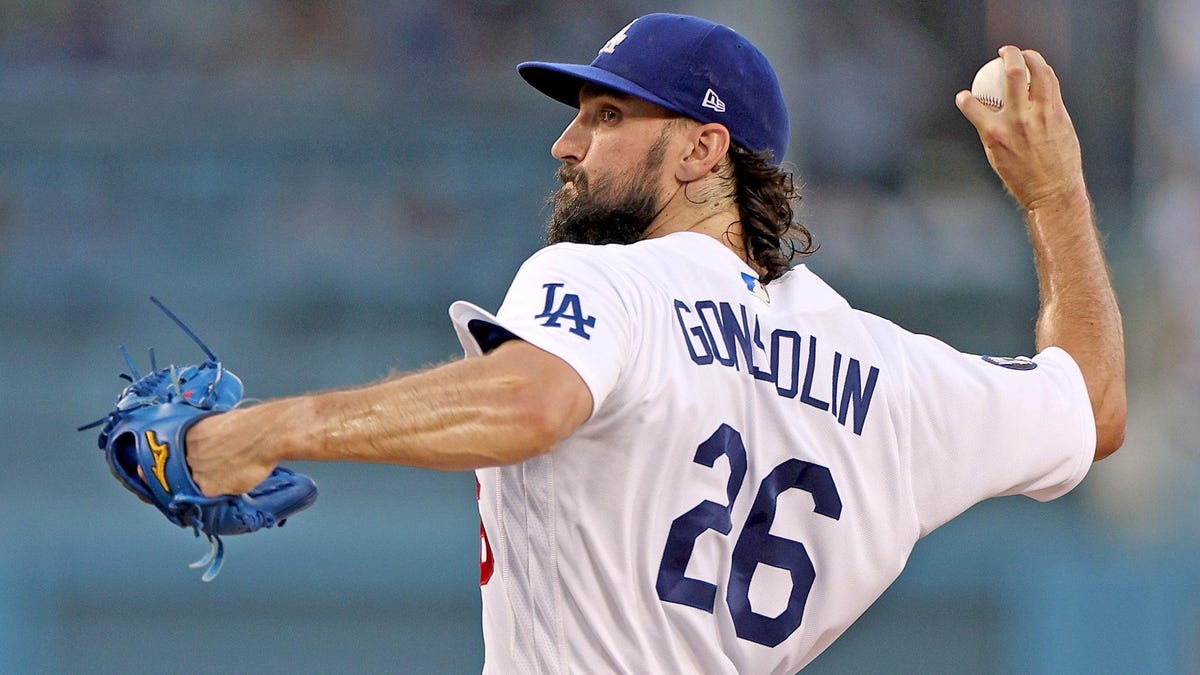 Following his win against the Brewers on Tuesday night, Gonsolin is now an NL-best 16-1, with an also NL-best 2.10 ERA. He leads the National League in WHIP (0.86) and leads the entire majors in opponent’s batting average (.169).

On Tuesday, Gonsolin went up against a fellow Cy Young candidate in Milwaukee’s Corbin Burnes. Gonsolin pitched five innings of one-run baseball, allowing just three hits. Burnes, the reigning NL Cy Young holder, gave up seven earned runs and didn’t get out of the fourth. It was the most runs he’s allowed in an outing all season. And Tuesday wasn’t the first time this week the Dodger bats took down a Cy Young contender.

On Sunday, the Dodgers got to Cy Young favorite Miami’s Sandy Alcantara in what was by far his worst outing of the season. Alcantara allowed a season-high 10 hits and six runs and pitched a season-low 3.2 innings. It was just his second start all year in which he didn’t go at least five innings, and in the other he went 4 and two-thirds. Alcantara entered that start with an NL-best 1.92 ERA. He left with a 2.19 ERA, good for second behind Gonsolin.

The Dodger bats have definitely helped Gonsolin’s case this week. But you could argue he doesn’t even need it. Gonsolin has been virtually untouchable all season long. He’s allowed two or fewer earned runs in all but three of his starts, and those three came back-to-back-to-back, right before, and after, the All-Star break. He allowed 12 total earned runs across those three games. In his 20 other starts combined, he’s allowed a total of 18 earned runs.

Gonsolin has 12 starts this year in which he got the win and allowed three or fewer hits. No pitcher in the modern era has had more such starts in a single season. Gonsolin has also taken no-hit bids into the sixth and seventh innings this year, and has seven starts in which he didn’t allow a run. He’s been lights out all season long.