BREAKING NEWS
GMT-4 02:07
Home Sports Does Deebo Samuel have an infatuation with Dallas or merely trolling to get what he wants? 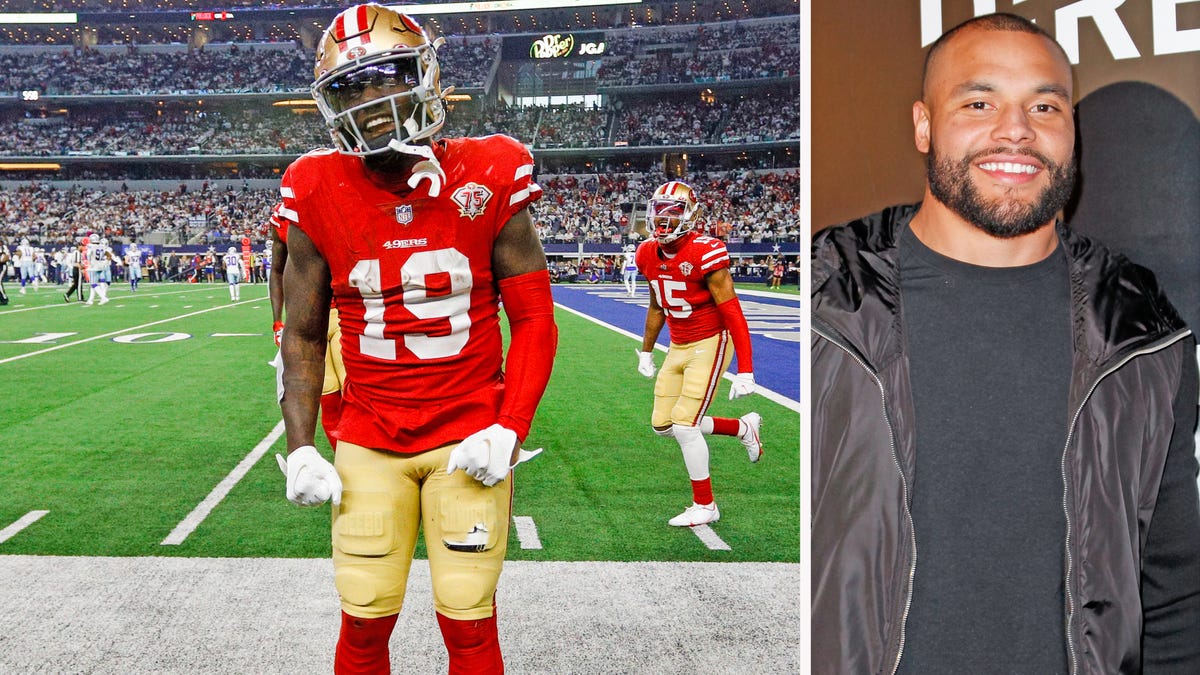 Does Deebo Samuel have an infatuation with Dallas or merely trolling to get what he wants?

Deebo Samuel might have 19 problemz, but his contract is the biggest one. In pursuit of a big-money extension or trade, Samuel is taking the troll route. Deebo was in Dallas for Game 3 of the NBA Western Conference finals, surely showing support for the Golden State Warriors, and was seen shaking hands with Cowboys QB Dak Prescott at the game. So not only did Samuel skip OTAs this week, but he’s also out chopping it up with the leader of a historic rival who they’d recently beat in the Wild-Card Round. Fans in San Francisco won’t be happy about this.

This doesn’t feel like a random picture taken without anyone’s knowledge that just happened to pop up on social media. There isn’t anything that says players from other teams can’t be friends and hang out or dap each other up when they cross paths. But we all know how crazy every NFL fan base gets when it comes to their star players. Especially when that player’s future with the organization hangs in the balance.

In April, a fan posted a photoshopped image of Samuel in a Cowboys uniform. There’s nothing wrong with that, either, and you might say it’s wishful thinking, which it likely is. The part of this tweet that caught this fan’s attention is that Deebo actually liked the post. The image was posted on April 20, so it could have been Samuel in his feelings over the contract dispute. Or it could be him attempting to troll his way into a new deal or out of the Bay Area.

Would Jerry Jones make a play for Deebo?

The simple answer is yes. Jones would make a move like this, as he did for Amari Cooper a few years back. But will he do the same thing this time for Samuel? I don’t think so. Not after Jones just traded away Cooper, another big-money wide receiver. So, for Jerry to turn right back around and trade for another receiver who is expecting a new deal makes no sense.

Deebo is looking for a new deal, and any team that might consider trading for him needs to keep that in mind. So, while it sounds good and would undoubtedly add to an already potent Cowboys passing game, it doesn’t seem probable right now….