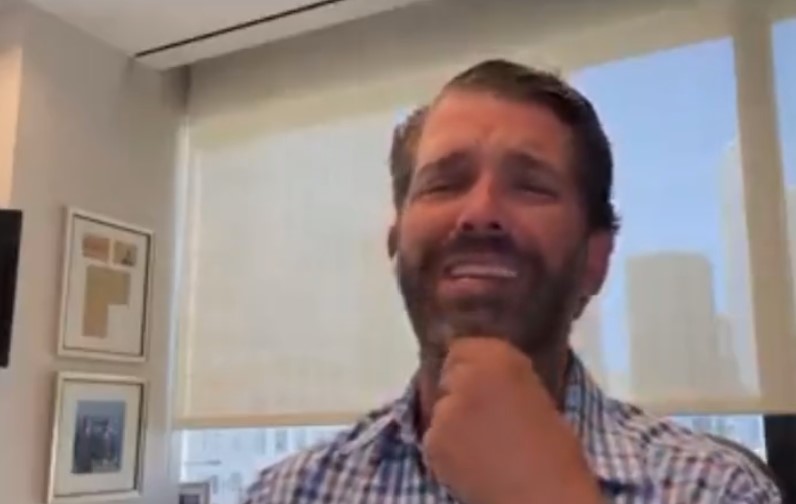 Donald Trump Jr. Has A Meltdown After Sussmann Found Not Guilty

After lawyer Michael Sussmann was found not guilty of lying to the FBI, Donald Trump Jr. had a conspiracy meltdown.

Junior is ranting about the Sussman verdict, saying that the justice system in DC is rigged against MAGA. pic.twitter.com/i3n53J84JH

This was a DC jury. We shouldn’t be surprised at all. This is a “totally legitimate” justice system, folks. He’s facing a jury that are fans of everything he did, basically, right? He literally lied to the FBI. I am pretty sure he admitted it, but again, minor details, right?

The Trumps thought that the Durham investigation was going to muddy the waters on Trump/Russia and punch their tickets back to the White House. The spectacular failure of Durham has left the Trump family making the same excuses that the world is rigged against them.

The Mueller investigation resulted in 34 indictments, and eight convictions, including 5 Trump campaign officials.

In the years of the Durham investigation, not a single person has been convicted.

Donald Trump Jr. melted down because Durham’s failure may mean that his dad’s path back to the White House is vanishing.