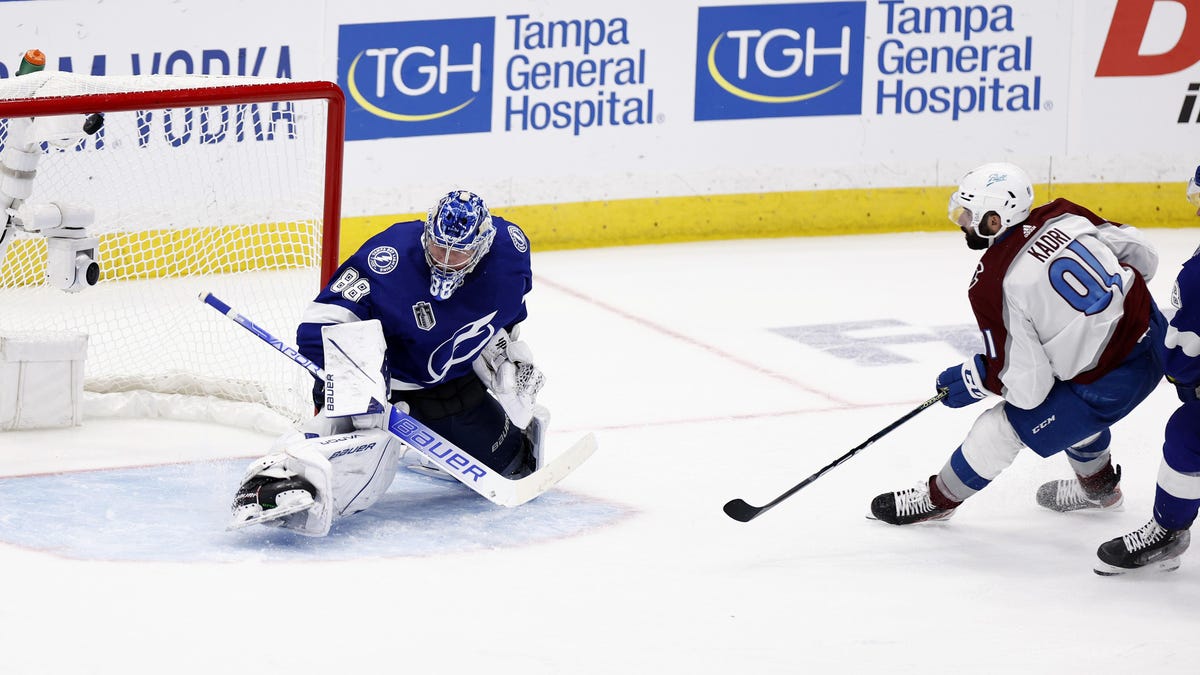 Nazem Kadri of the Colorado Avalanche scores a goal against Andrei Vasilevskiy of the Tampa Bay Lightning to win 3-2 in overtime in Game Four of the 2022 NHL Stanley Cup Final.Image: Getty Images

There was no goal horn. No point to the net from the closest official. No audible cheer from the Avalanche faithful in attendance at Tampa’s Amalie Arena. All for the decisive shot and score from Nazem Kadri that essentially won the Colorado Avalanche the Stanley Cup.

Yes, there are three games to go. The Avalanche haven’t lost more than two games in a playoff series yet this postseason. They’re the fresher team. The Tampa Bay Lightning must now beat Colorado three times in a row, including twice in Denver. Tampa has no shot. And all but the acceptance speech from Jared Bednar’s squad is coming this weekend.

What sent the series back to the Rockies with the Stanley Cup needing to be at each remaining game of the season was an overtime thriller on Wednesday night. Tampa entered the extra frame down to five defensemen. That’s a lot of added weight to put on already tired legs. The Avalanche dominated the overtime. It always appeared a matter of when not if Colorado took a 3-1 series lead, refusing to make the championship tilt a de-facto best-of-3.

The game-winning moment came with just less than eight minutes left in the first overtime period. Kadri, who hadn’t played since he broke his thumb on a hit by Edmonton Oiler Evander Kane on June 4, found a seam through Tampa’s defense for a sneaky, solid shot on net. Tampa goaltender Andrei Vasilevskiy was fantastic in overtime, prolonging the pain of defeat for as long as humanly possible.

Discover Samsung Summer Sales Event
The Smart TV utilizes a feature called Real Depth Enhancer which can increase the contrast of elements in the foreground the way the human eye processes depth, making the content you watch richer than ever before.

Kadri’s shot beat Vasilevskiy seven-hole, between the arm and leg, blocker-side. The puck’s trajectory sent it into the top of the net,…