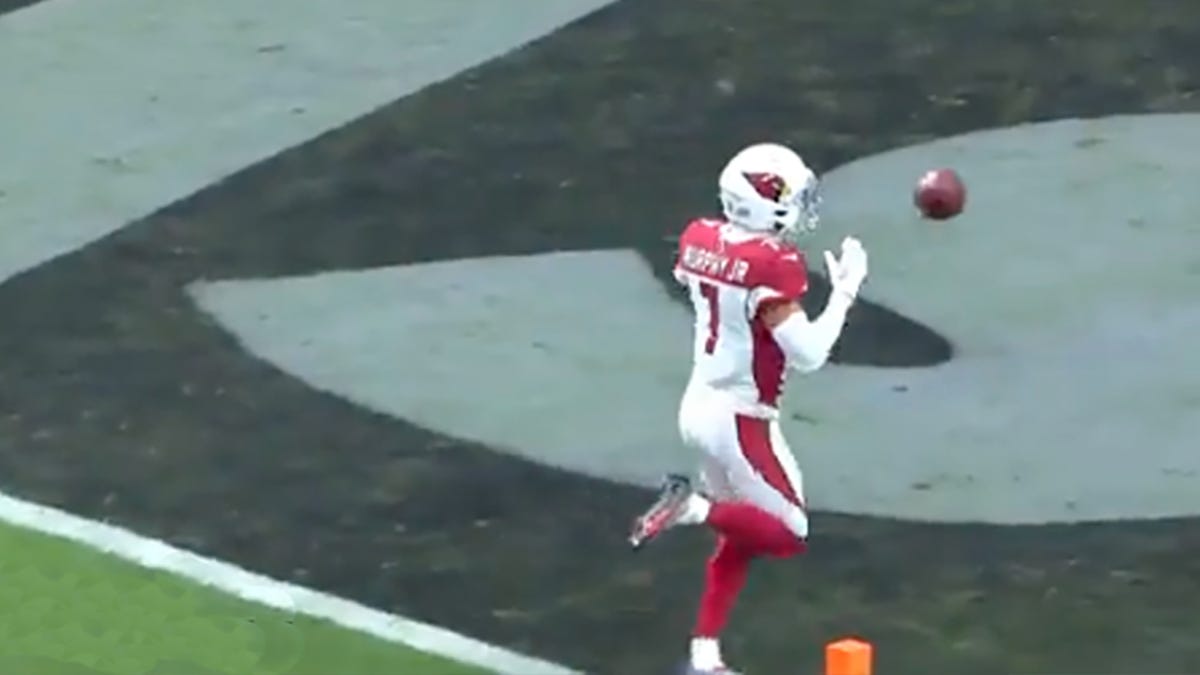 Don’t ever do what Arizona Cardinal Byron Murphy did

The Arizona Cardinals pulled off a thrilling comeback against the Las Vegas Raiders, scoring on a fumble recovery in overtime to win. Byron Murphy Jr. scooped up the ball, ran away from every last Raider, and with no one to beat, let loose the ball just as he crossed the goal line.

This prompted a video review to make sure he had actually scored a touchdown that won the game. After a long, awkward wait with the players already shaking hands at midfield, the referees determined that he had in fact crossed the goal line, but boy was it close.

How much longer are players going to do this? There are plenty of examples of players dropping the ball right before the goal line, resulting in a turnover (I see you DeSean Jackson). I’m not going to name names because at this point I’m pretty sure those players know they messed up and I don’t want to pile on. It’s like the idea is to see how soon after crossing the goal line you can drop it. Fastest drop wins.

You’d think we, as a society, would know better by now. I’m not trying to be the fun police — I’ve written about my absolute disdain for the unwritten rules — but this is literally the only celebration that could lose you the game. There are so many better celebrations that also involve leaving no doubt that you actually scored.

Sturdy and reliable
Can be folded away when you’re not using it to save space, can comfortably take up to 800 pounds of weight, is adjustable at multiple points, and can be used for pretty much any workout you can think of.

Do what you want, but I’m trying to provide a service here. Here are some helpful options for celebrations you could do that don’t involve having the touchdown overturned.

Spiking it: Carry the ball into the end zone and then throw it as hard as you can into the turf. Generic? Sure, but sometimes they’re the classics for a reason.

Rocking the baby: Hold the football in your arms, making sure to support both its body and head, and gently rock it to sleep while staring lovingly at…