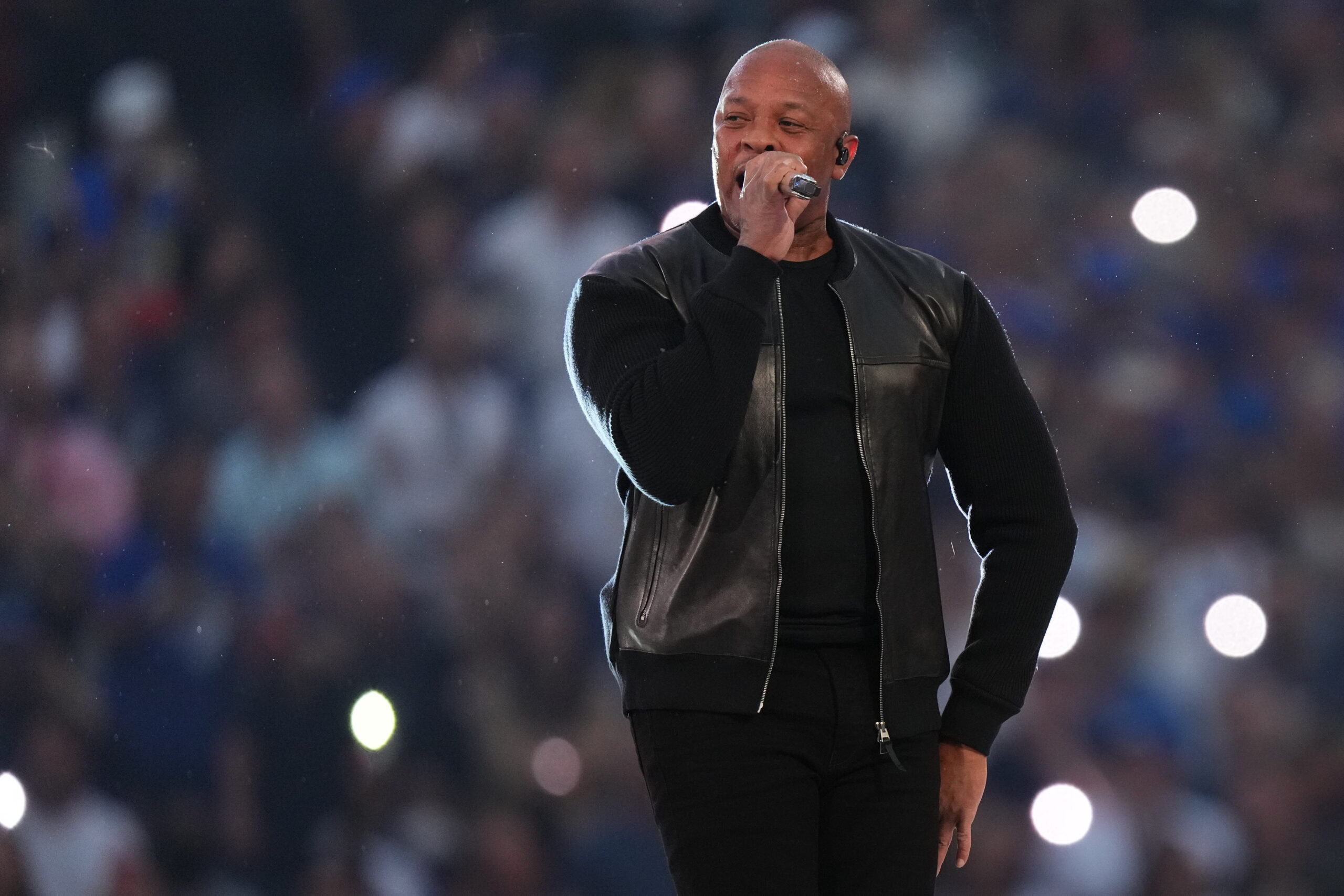 Dr. Dre Reveals Jay-Z and Nas Convinced Him to Do Super Bowl Halftime Show After Producer Feared Looking Like a ‘Sellout’

In February, hip-hop took center stage at the Super Bowl LVI Halftime Show for a star-studded performance unlike ever seen before, featuring several iconic artists, including  Dr. Dre, Snoop Dogg, Mary J. Blige, Eminem and Kendrick Lamar, with a surprise performance by 50 Cent, but it almost didn’t happen. In a new interview, Dre admitted that the show was saved by rap legends Jay-Z and Nas.

During a recent appearance on Dolvett Quince’s “Workout the Doubt” podcast, the hip-hop mogul revealed his concerns about performing at the annual show, noting that he “didn’t want to appear as a sellout” working with the NFL. The organization faced criticism over the years regarding former NFL player Colin Kaepernick, who was blackballed from the league for kneeling for the national anthem when he played for the San Francisco 49ers.

“I was absolutely concerned about that,” the 57-year-old star admitted. “I actually called a couple of close friends and said, ‘Listen, I’m gonna pull out.’ ” He continued, “ ‘I’m not going to do the show. Because I don’t know if I want that smoke. I don’t know if I want the backlash after doing the show and potentially looking like a f–king sellout or something like that.’ ”

Dre said ultimately he got on a call with the New York legends, who reportedly spent roughly 10 minutes trying to convince the West Coast rap trailblazer to stay on board.

“I got on the phone with Nas. He called me up and said, ‘Yo bro’ — you know, Nas has that voice — ‘Yo bro, you gotta do it. You have to do this. It’s going to be so powerful for f–king hip-hop, for the culture, for you, for L.A. and the whole nine.’ ” He added, “We were on the phone for like 10 minutes, and he talked me into doing it. Nas and JAY-Z were big reasons why I decided to do…