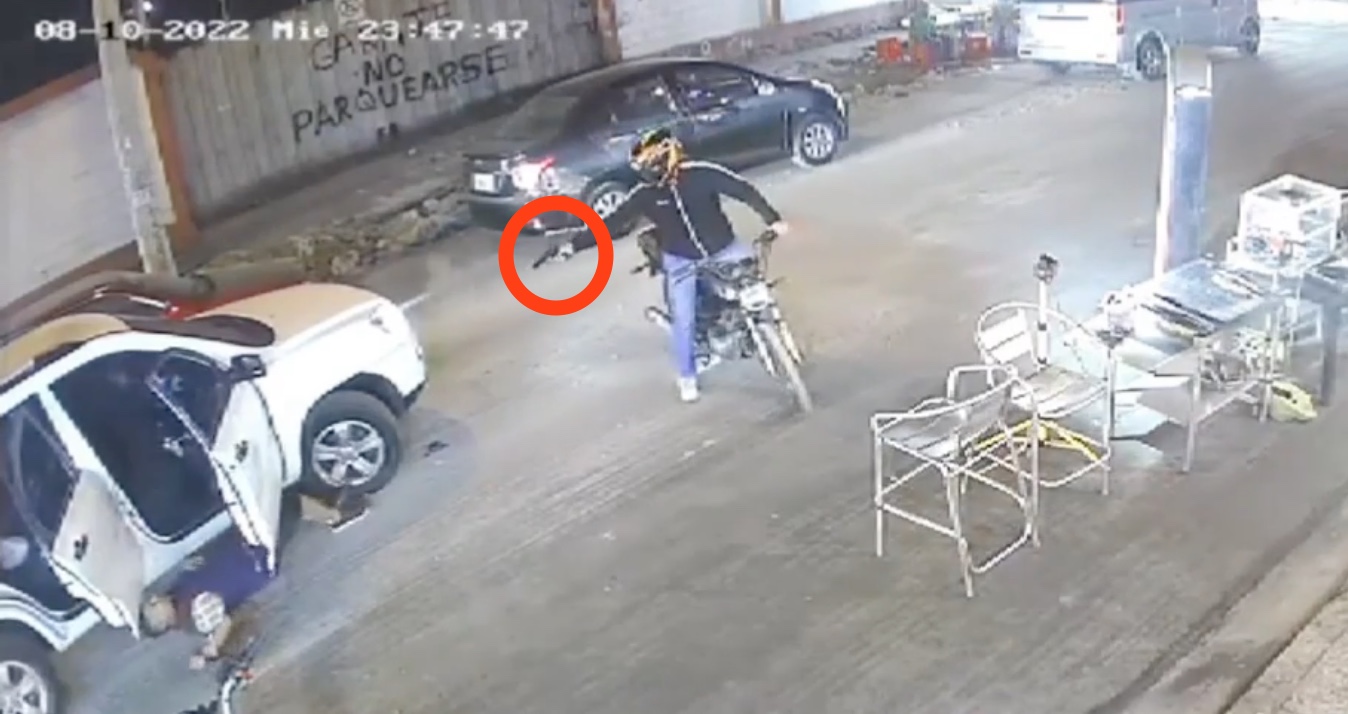 This video footage of a shooting incident has gone viral online. The video shows a man on a red motorcycle trying to take out the driver of the vehicle.

The driver and passengers were all travelling in a white jeep when the attacker advanced from behind on a bike, the jeep came to a jerky pause before it stopped completely. It is unconfirmed if the driver was hit before he exited the vehicle, but his movements suggest that he was already injured. The driver of the vehicle can be seen sliding through the window and falling to the ground. A female passenger then exits the jeep after opening the door and running away.

All the passengers escape unscathed by the time the shooter pulls the bike to a stop and draws his gun. He fires a few rounds at the man on the ground (who tries to get away by hiding underneath the jeep) before securing his gun in his waistband and driving away. It is unclear if the driver survived the incident after the fact, but the footage shows him struggling to get out from under the vehicle.

The video has no sound.

RELATED: Man Gunned Down In Drive-By At Birthday Party In St. James

RELATED: Man And Woman Shot By Gunmen While Having Sex In Linstead, St. Catherine