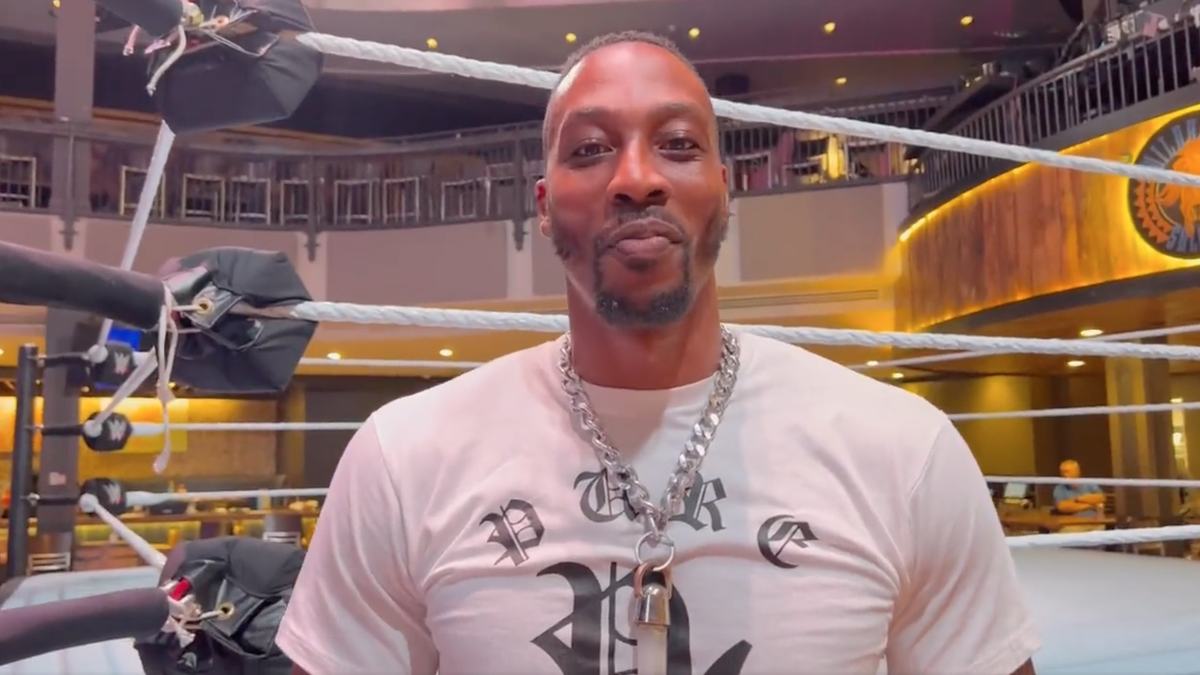 Dwight Howard’s next phase could come in the squared circle. Screenshot: Twitter: @ArashMarkazi

Dwight Howard’s career is winding down, no doubt about it. His third stint with the Lakers is over and the former No. 1 overall pick has had to think about a life outside of The Association. With Howard’s personality, a crossover into broadcasting is easy to believe. Maybe he could be a high school coach with his path as one of the top prep prospects of all time? Howard has set his eyes on an odd post-NBA career, trading in the hardwood for the squared circle.

Howard emerged as part of this week’s WWE tryouts in Nashville ahead of one of the company’s biggest annual events, SummerSlam. He’ll also sit ringside at the event. The five-time NBA all-first team selection told ESPN he wants to join the WWE “one day” and is seen doing in-ring work and cutting promos, two vital parts of any professional wrestler’s presentation.

On Friday, Howard could be seen being made fun of by another prospective WWE wrestler stating how he couldn’t help anyone, just how he didn’t help the Lakers make the playoffs this season. The former Orlando Magic star got his chance at a comeback with the diss of a “low-budget pastor.”

WWE has never expressed a public interest in signing Howard but has incorporated non-traditional performers into its shows for years. The company recently signed popular social-media star Logan Paul to a contract, and he’s wrestling against The Miz at SummerSlam. NBA Hall of Famer Shaquille O’Neal has made a few appearances for WWE, including as a participant in the Andre The Giant Memorial Battle Royal at WrestleMania 32. Shaq also made an appearance for All Elite Wrestling last March.

Howard has been far from one of the NBA’s biggest box-office draws for several years. Yet, his mainstream name recognition is higher than 99 percent of WWE’s roster. Taking part in a wrestling tryout…