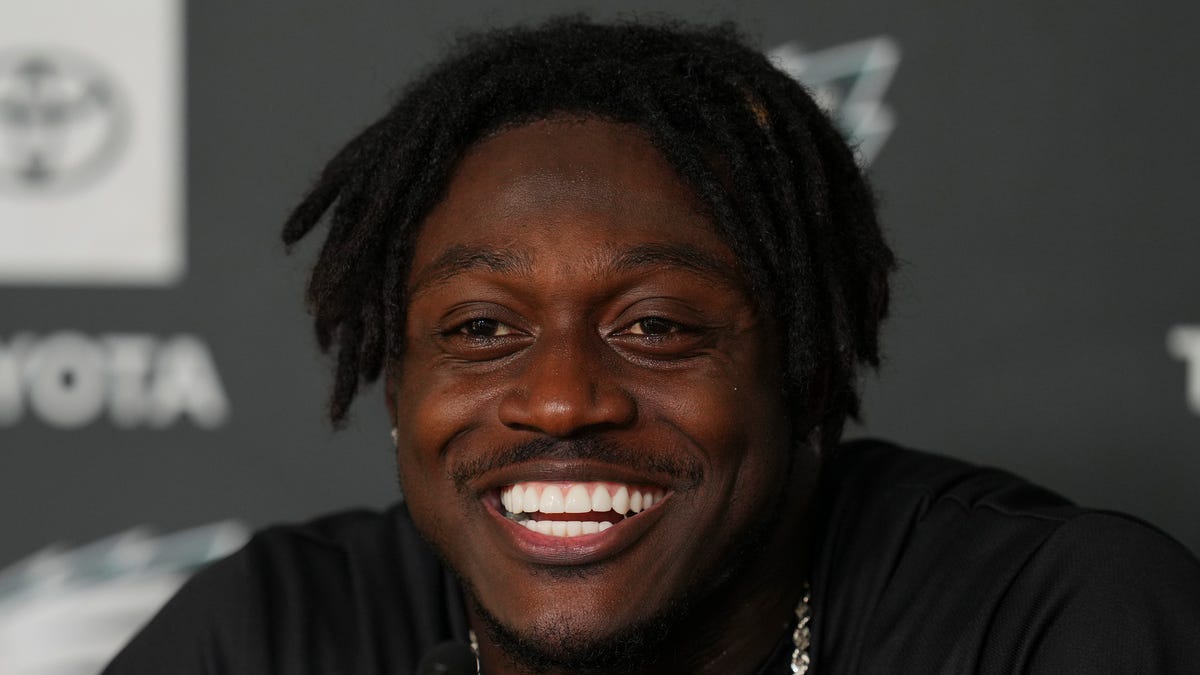 Philadelphia Eagles’ new star wide receiver A.J. Brown is diving-in headfirst to the NFC East rivalry with the Dallas Cowboys. Brown participated in a charity softball home-run derby hosted by teammate DeVonta Smith. In the final, it was Brown against Micah Parsons, with A.J. coming away the victor by one home run.

After taking the win, Brown grabbed the microphone and took it to Parsons.

“Get your popcorn ready and tell Micah Parsons he can get ready for this shit.”

Here’s a tip to any new Eagles player, no matter the position. If you want to ingratiate yourself to the home crowd, start throwing jabs at the Cowboys the second you walk through the door. Anything else you do from there is a bonus. Clown Dallas, play hard on Sundays, and you’re good as gold to Philly fans. The crazy part is that Parsons is an actual Pennsylvania native. And fans wasted no time booing him at this event. But once you crossover to the Cowboys, you get no love in the state of Pennsylvania.

Someone must’ve sent Brown the same memo because he didn’t waste any time. He went right for the top defender for the Cowboys. That sounds funny, considering Parsons is heading into his second year as a professional. But he’s the reigning Defensive Rookie of the Year and earned All-Pro honors last season. So, A.J. decided to go big game hunting.

While Parsons has since downplayed the trash talk (maybe he learned his lesson after the Draymond Green incident), make no mistake, mental notes have been taken. Brown’s trash talk will be at the top of Parsons’ mind when the Eagles and Cowboys meet in Week 6 on NBC for Sunday Night Football. Dallas and Philly have had some classic showdowns over the years on the same Sunday Night stage.

Sure, Brown may have won favor with the city of Philly, especially those in attendance at the charity event. But he’s also put a big red target on his front and back heading into the season. Micah and A.J. will become acquainted quickly in that first game, meeting across…