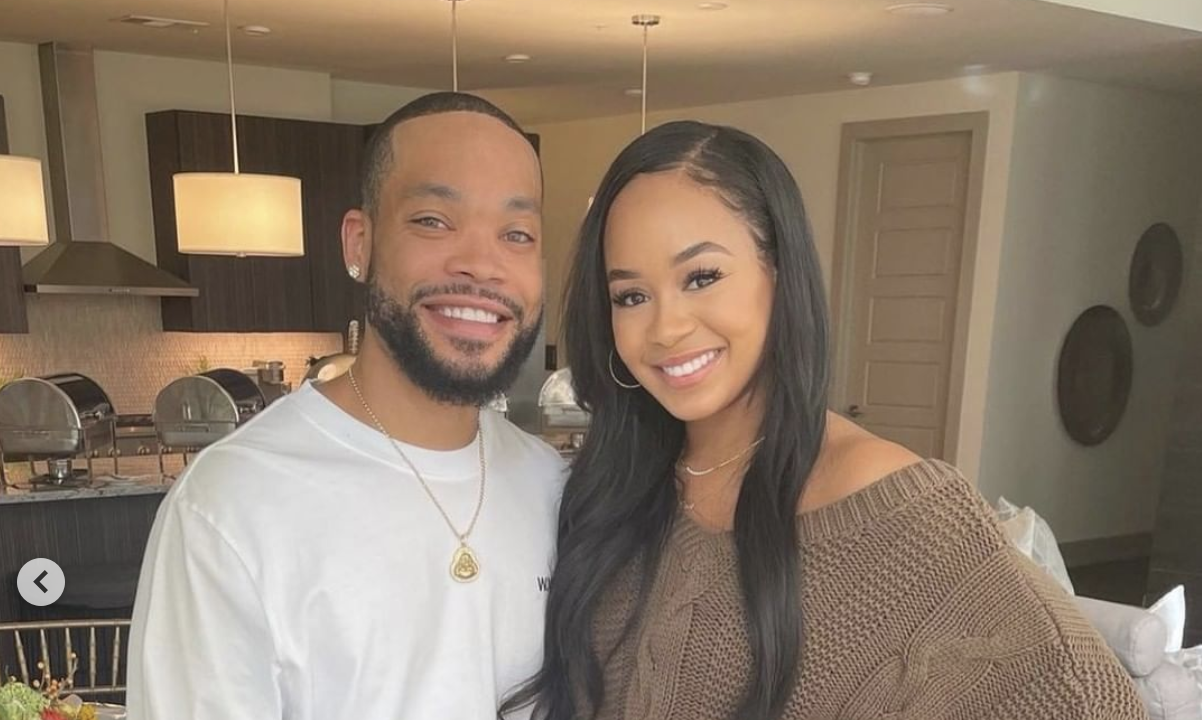 Eddie Murphy’s eldest daughter Bria Murphy tied the knot with her fiancé, artist Michael Xavier, last weekend in a lavish private ceremony, but it looks like brother Eric Murphy could be next after his girlfriend, Jasmin Lawrence — who happens to be the daughter of another legendary comedian, Martin Lawrence —- caught the bouquet at his sister-in-law’s wedding.

During the lavish reception, which included 250 of Bria and Michael’s closest friends and family members, Jasmin caught the bride’s bouquet in a heartwarming moment shared on her Instagram Stories Sunday night.

Eric, who’s also celebrating a birthday on Monday, was ecstatic. The 33-year-old  took to his social media page, where he gave his special lady a shout-out about the big win. “I am overwhelmed with joy celebrating my sister Bria, and her husband Michael’s wedding. I am so extremely happy for you both! Yesterday was such a beautiful day!!” he wrote alongside a photo of himself, Jasmin, and the newlyweds

He added: “Special shout out to Jas for catching the bouquet.”

This wasn’t the first time the topic of marriage has risen for the couple, whose timeline is still unclear to many. Last month while appearing on “Jimmy Kimmel Live,” the “Bad Boys” star confirmed that his daughter was indeed dating Eddie’s son.

The actor didn’t divulge too much about the pair, citing that when it comes to their love life the fathers “stay out of their business and let them do their own thing” in an effort to “respect their thing.”

Later the conversation shifted to whether he saw wedding bells in Eric and Jasmin’s future. The “Big Momma’s House” star quipped that he would try to get the “Coming to America” star to pick up the tab,  joking, “I’m going to try to get Eddie to pay for it.”

Last January, Eric left a touching message for his girl in honor of her 26th birthday on Instagram, which included various…