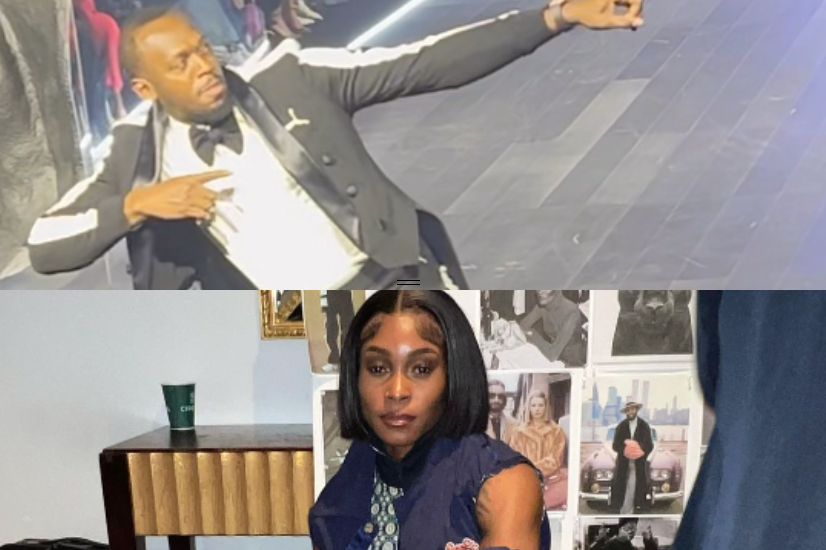 New York Fashion Week is a week-long event where the best fashion designers get to showcase their new collections via models on the runway. It started on Friday, September 9, 2022, and is set to conclude on Wednesday, September 14, 2022.

Elaine Thompson-Herah had made it publicly known that her dream after dominating the track as an athlete, is to dominate the runway as a model. She has made immense progress outside of track and field since signing with Puma earlier this year and it seems she is just getting started. With New York Fashion Week almost at a close, Thompson-Herah got a taste of what it is like to strut the runway by being a participant in Puma’s Futrograde runway show.

She was dressed to the nines in puma style in a black and white psychedelic-patterned one-piece, gloves to match, and a loose-fitting navy-blue jacket with shoulder cutouts. Her hair was done in a sleek face-fitting bob that swayed with her walk. She donned a laced-up knee-high boot to complete her look.

She added videos of her catwalk debut to her official Instagram account captioned, “Top gal. Country gal. Dream of walking the runway it finally come through. Thanks @puma and @winnieharlow for some modeling tips backstage I love you…. too sweet ??.”

Reactions to her post from fans were of utter excitement for the five-time Olympic champion. Grammy nominee and Dancehall Queen Spice reacted with, “Same way so it go Mumma ?????.” One fan also stated, “but the lady angle the run way enuh!!! ?????.”

See videos of her runway walk from different angles below:

In a similar fashion, retired eight-time Olympic gold medalist and recorded fastest man alive, Usain St. Leo Bolt also took to the catwalk stage to represent for Puma in what is being labelled as a show where the past, present, and future of fashion collide.

He was decked out in a semi-casual attire of plain black puma-branded track pants with a single white stripe on each side,…