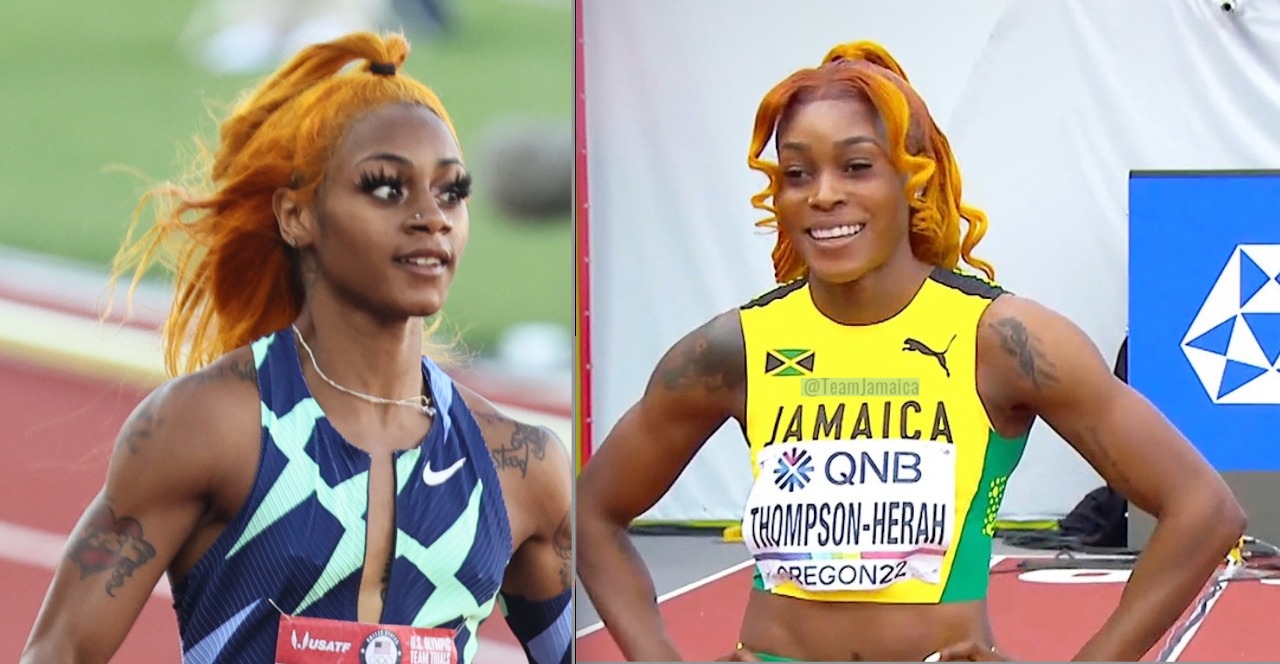 Olympic champion Elaine Thompson-Herah finished in the top three in the Women’s 100m Final at the Spitzen Leichtathletik meet on Tuesday but was unable to pull out ahead of American rival Sha’Carri Richardson.

Track and field fans were left disappointed on Friday after what was planned to be a race of athletic giants at the Lausanne Diamond League turned into a less than stellar grand finale. Shelly-Ann Fraser-Pryce withdrew from the race due to an injury that was described as discomfort in her hamstring, and Thompson-Herah was disqualified from the race after a false start.

Thompson-Herah most certainly would have been looking for a re-set after Friday’s disappointing results, and a first-place finish was nearly in her grasp at today’s race. However, Richardson, competing in her first race since the United States Championships in June, managed a 00.01 finish ahead of the Olympian, clocking in at 11.29 seconds. Thompson-Herah claimed second place, finishing in 11.30 seconds. America’s Celera Barnes took third place with an 11.40-second finish.

Richardson is expected to face Fraser-Pryce at the Memorial Van Damme in Brussels this week, the last Wanda Diamond League meeting before the series final in Zurich. Fraser-Pryce admitted that she was still experiencing discomfort in her hamstring following her withdrawal on Friday, but said she was hopeful she would recover in time for this week’s race.

RELATED: Sha’Carri Claps Back At A Criticism About Her Track and Field Abilities