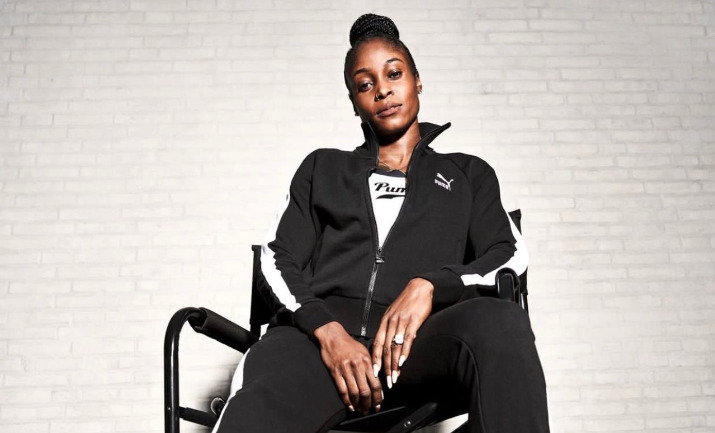 Shortly after 4 PM today via her official Twitter account, Elaine Thompson-Herah expressed her interest in becoming a model sometime in the future. She posted a picture of herself dressed to the nines in an all-black and white sportswear fit, courtesy of Puma (the brand she has a signed contract with).

The image was accompanied by a caption that stated that the act of modelling does not only involve “beauty and smiles”, but that it requires great “boldness and style.” Thompson-Herah says that it is “Another dream I want to pursue.”

Modeling is not just beauty and smiles, it takes boldness and style. Another dream I want to pursue.
#modelicon#pumawomen#pumastyle#dream#pumagal#fashionista pic.twitter.com/kom6LlLFXP

If her interest in the modelling and fashion industry took any of her fans by surprise, no one showed it. Her declaration was fully supported and cheered on. One fan stated “Just like you always say, every dream starts somewhere; and once it starts manifesting, only you can stop it,” while someone else commented “ya’r effortlessly beautiful, bold, and stylish wait for it ya’r so damn sexy, hot and multi talented especially on da track, great sprinter.”

A fan who seems to believe in the sprinter wholeheartedly said that she thinks that acting in an action film or a TV drama would be great progress for the athlete and it would also be greatly received by her fans.

RELATED: Elaine Thompson-Herah Thinks That She Does Not Get The Respect She Deserves – Interview – Watch Video