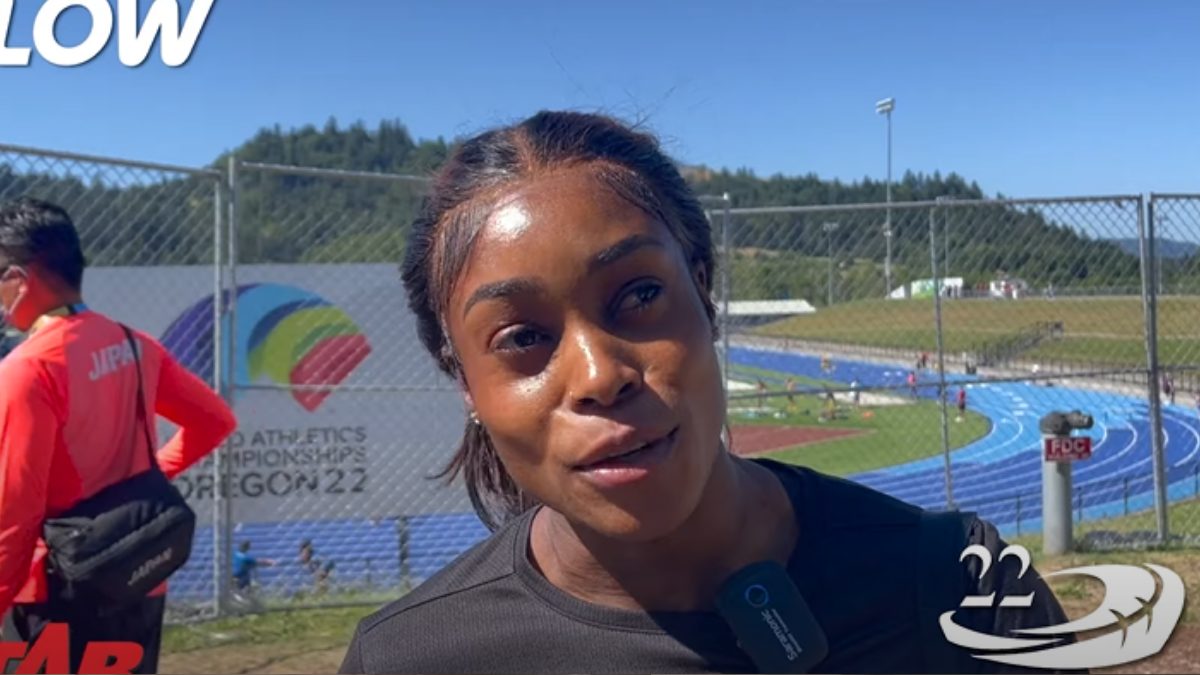 Jogging over the finish line, Elaine Thompson-Herah easily wins the heats in 11.15 seconds. The two-time Olympic champion smoothly finishes the 100m heats in victory and advances to the semi-finals.

Earlier today Elaine Thompson-Herah shared that she intends to play safe throughout the Championship, while happily reporting that her previous injuries are currently not an issue for her.

Thompson-Herah, who is signed by Puma, was seen dressed in the brand while speaking to reporters about Puma and the World Championship. When asked about her feelings about being the newest member of Puma, Thompson-Herah said she is “happy and blessed to be a part of the Puma family” and the journey has been a long one.

The gold medalist also added that although it was a difficult decision to switch from Nike to Puma, she is happy with the choice she made. As you know, Puma has another star athlete on its team which is the record-breaking Track and Field Champion Usain Bolt.

Speaking about her disappointments in the National Championship, she said she remains calm because she has had great wins. She explained that her losses are harmless because she still made the team and now she is focused on the races ahead.

Adding that she intends to “compete and have fun” in future races, she states that even if she does not claim the World Championship title, she wishes to be on the podium to receive any of the three medals.