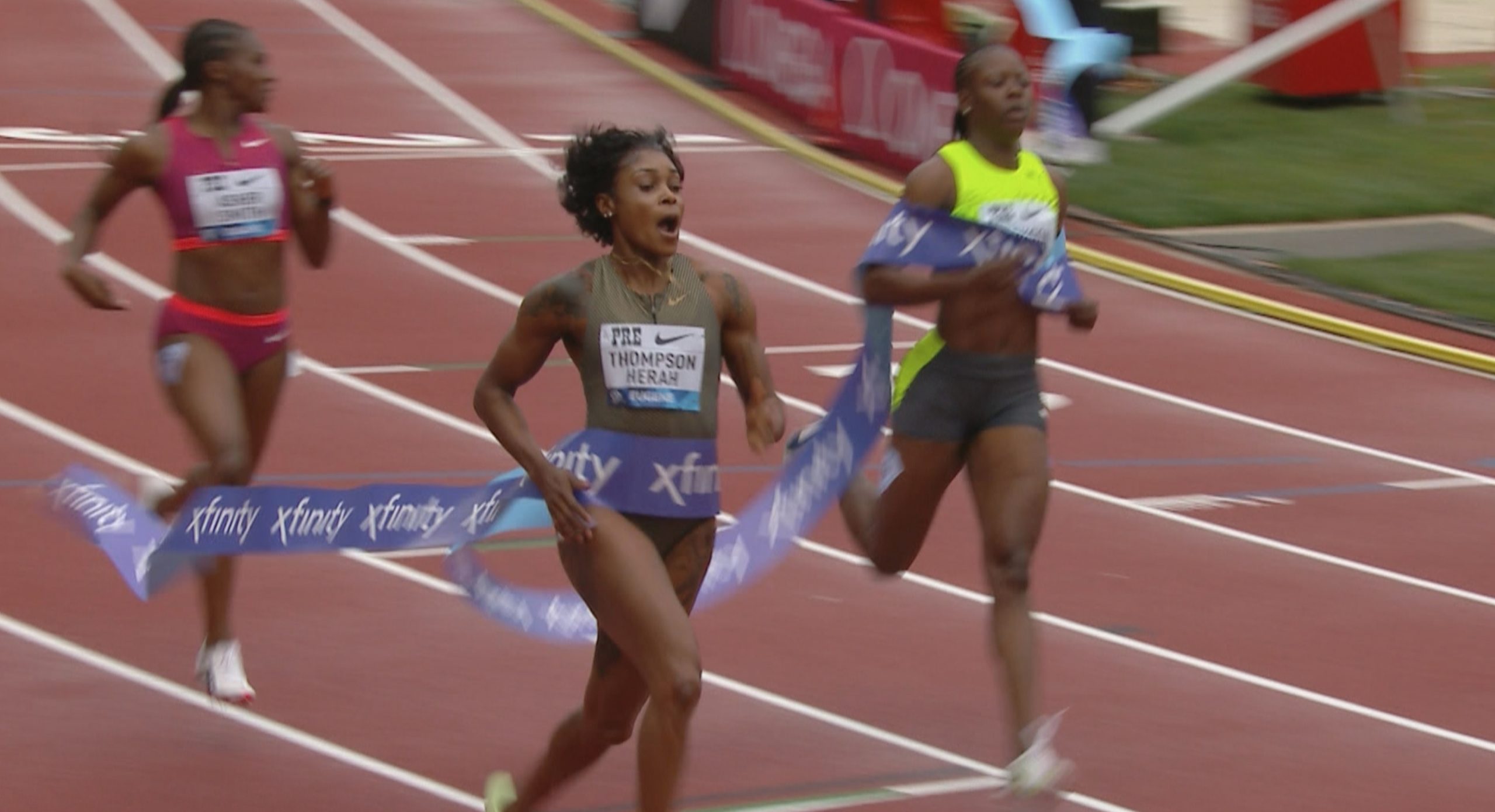 The Prefontaine classic female 100-meter race for the Wanda Diamond League was set to be one to look out for and has delivered on the expectations with Elaine Thompson-Herah, winning ahead of Sha’Carri Richardson and Shericka Jackson.

For the Diamond League event kept in Birmingham, Thompson-Herah did not compete, as her training management team released a public statement saying that the 5 time Olympic Gold medalist was feeling a bit of discomfort that she was monitoring cautiously which caused her to withdraw; however, shortly afterwards she returned to the track at the JAAA Jubilee series meet held in her home country of Jamaica to win the female 100-meter finals in 10.94 seconds.

As for Sha’Carri Richardson, the Prefontaine Classic was an event that she had to redeem herself at also considering that she withdrew from two previous meets, making Track and Field enthusiasts think that she was leaving the sport forever.

For the female 100 meter race in Eugene; however, it seems as if Elaine Thompson Herah was the readiest out of all the sprinters as she copped the win in a season’s best time of 10.79 seconds in front of Sha’Carri Richardson who ran a season’s best of 10.92 seconds and Shericka Jackson in third also running 10.92 seconds.