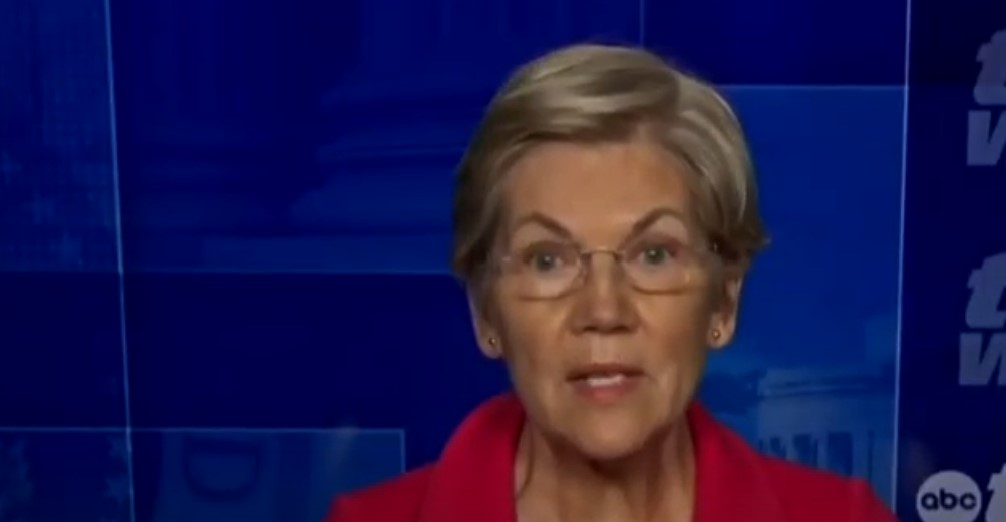 Sen. Elizabeth Warren (D-MA) cut through the talking points of Gov. Kristi Noem (R-SD) to call out the big-government fascism behind her “pro-life” points.

Transcript via ABC’s This Week:

RADDATZ: You heard Governor Noem there. She and millions of others believe this will save the lives of unborn children. Is that a position you can respect in any way?

I believe, and it has been the constitutional right for women across this nation for nearly half a century, for the woman to be able the make that decision with her doctor, with her religious adviser, with her family, but not something that the government should be in the middle of.

WARREN: Look, we have never left individual rights to the states. The whole idea is that women are not second-class citizens. And the government is not the one that will decide about the continuation of a pregnancy.

Sen. Warren was right. No matter what spin Republicans try to put on this about “freedom,” the truth is that Republicans are saying that the government should control women’s healthcare.

The Roe overturn has nothing to do with freedom. The decision is another shift away from individual liberty toward right-wing big government fascism. In Orwellian fashion, the right proclaims liberty as they stole a fundamental right from the majority of Americans.