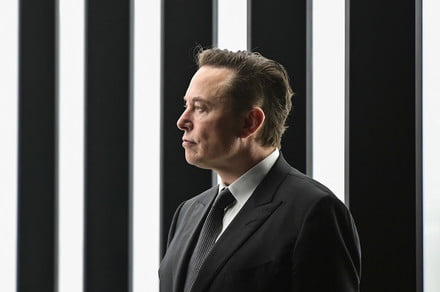 Posted By: adminon: May 14, 2022In: TechnologyNo Comments
Print Email

Even billionaires can get a sense of buyer’s remorse — for some weird reason. Elon Musk announced on Friday he is temporarily putting the Twitter deal on hold pending a review of fake/spam account data.

Musk holding off on the $44 billion acquisition of the social media platform shook up the stock market in the process. Twitter’s shares nosedived by more than 10% to $40.50 at market opening, trading $14 below the acquisition price of $54.20 per share.

In his announcement tweet, The Tesla CEO shared a Reuters article addressing the question of whether fake and spam accounts comprised less than 5% of all accounts on Twitter, which the company claimed in its SEC filing on May 2. Musk’s decision to pause the Twitter acquisition due to an active investigation into the fake accounts implies that the figures may be higher than the company claimed.

Two hours after his initial tweet, Musk followed up by saying he’s still committed to acquiring Twitter. Sources familiar with the matter said that the company found his comment to be in violation of the terms of the contract, as well as disparaging in assuming that the company misled him about the number of fake accounts on the platform. They added that the company won’t take any action, given that Musk later reaffirmed his determination to own Twitter.

Since Musk’s April 25 purchase offer of Twitter, and the board’s acceptance, thousands of Twitter users deactivated their accounts because they didn’t want to use the app under an owner they dislike while thousands more created new accounts, which caused celebrities to simultaneously lose and gain followers. Even if the acquisition goes through, Musk says he will be CEO of Twitter for only a few months.