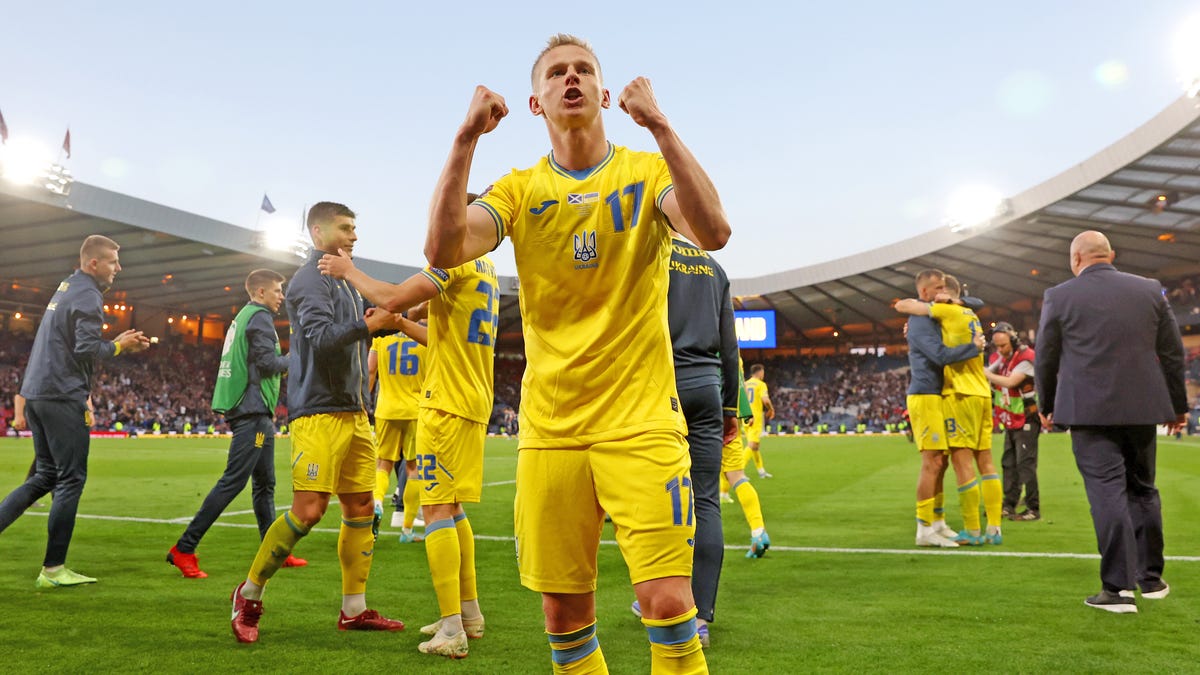 Emotional Ukraine team one win away from 2022 World Cup

Ukraine’s Oleksandr Zinchenko celebrates win over Scotland, as embattled country is one win away from 2022 World Cup.Image: Getty Images

In a win-or-go-home World Cup Qualifier and true-road contest against Scotland, Ukraine triumphed 3-1 Thursday at Glasgow’s Hampden Park. After months of worrying about their home and possible strife from Russian aggression, Ukraine is now one game from clinching a spot at the 2022 World Cup.

“Every game for us now is like a final. We have one more and we need to win it – we need to take it or this won’t mean anything,” said Ukraine’s Oleksandr Zinchenko after the game. “We scored three goals, we could’ve scored even more. [Sunday] is going to be a massive game for us. We need to show the best performance of our lives.”

Many of the players were out of form with the Ukrainian Premier League suspended for nearly 100 days because of the brutal war. But no game rust surfaced.

Ukraine will face Wales on Sunday, again away from home in Cardiff, with a spot in Qatar on the line. The winner of that game will join Group B and open FIFA World Cup play against the United States on Nov. 21. The Americans and Sunday’s victor will also face England and Iran in group-stage action. The Russian national team was banned from international competition after the invasion.

Commentators estimated the total number of Ukrainian fans in Glasgow to be between 2,000 to 2,500, many of whom traveled from around the world to show their support, including from the United States. Ukraine never trailed in the game, with team captain Andriy Yarmolenko scoring in the first half and doubling its lead on a Roman Yaremchuk header midway through the second half. Artem Dovbyk added the game’s final goal in stoppage time, sending Ukraine’s supporters into pandemonium.

The Ukraine national team has played since April 1992, when the country gained its independence after the fall of the Soviet Union. Ukraine’s only previous appearance in a FIFA World Cup was in 2006, when it made a run…