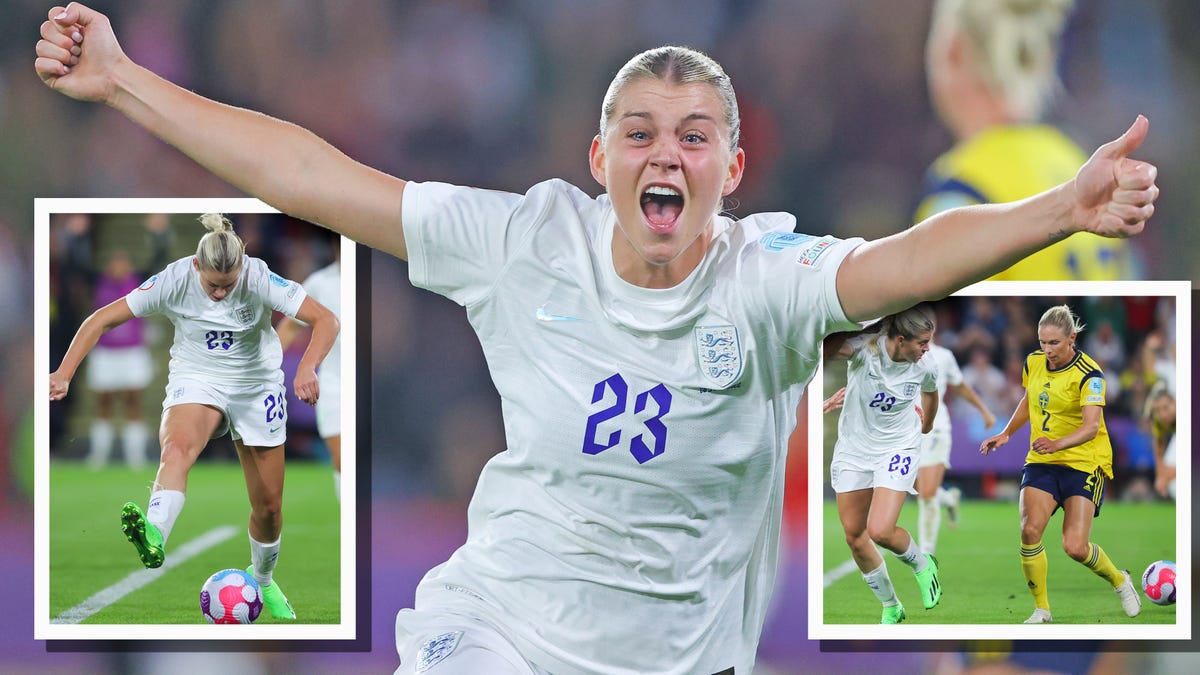 It is not very English to win semifinals at major tournaments. Glorious defeat is kind of their thing, and has been for decades.

It is even less English to fustigate an opponent at that stage. And it is not English at all to do it with a swagger and panache that goes beyond taking the largest amount of piss possible out of whomever you’re playing.

Alessia Russo didn’t much care for what’s English and what isn’t, as she put the sword to Sweden like this yesterday in the W Euro 2022 semi (won by England, 4-0):

That would be the definition of cheeky, and not something seen out of any England player…well, ever. And it wasn’t an odd moment, as it was far more exemplary of the swashbuckling nature that England played with yesterday and for most of this tourney.

Sweden was the highest-rated team in the Euros, No. 2 behind the U.S., and after a pretty ropey opening 20 minutes, England proceeded to punt their collective asses through their skulls. Wingers Beth Mead and Lauren Hemp stayed wide to allow channels for Fran Kirby and Georgia Stanway to run into, and Keira Walsh picked out those passes to the wingers all night. A true conductor to a true orchestra of attacking soccer.

There is a joy to this England team that is infectious, one that has completely accepted being the hosts and the expectations that come with it instead of wearing it like a 45-pound workout vest like so many others have. It’s not just a first major trophy in the offing, but a chance to redefine the sport in that country as well, and they all seem to sense it. After surviving a huge scare against Spain thanks to a Zeus lightning bolt channeled through Stanway, you get the sense that they know it’s coming. It’s coming home, in fact. 90,000 at Wembley on Sunday awaits.