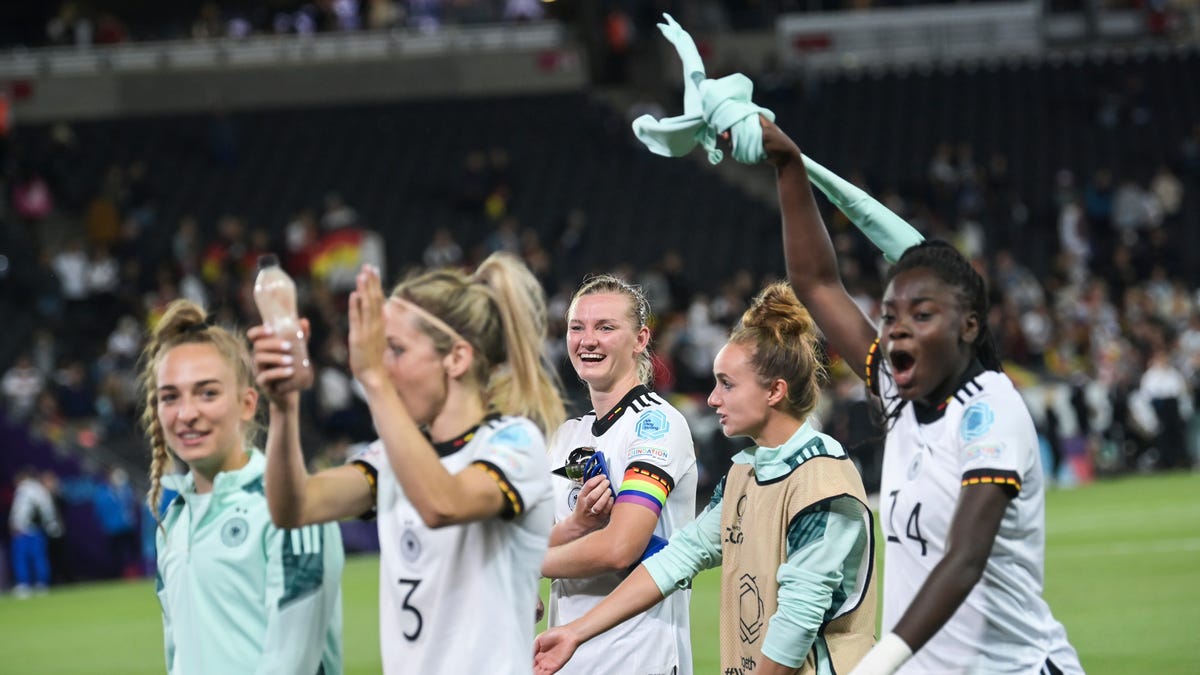 England, Germany to square off in W Euro 2022 finals

For England, there is no bigger villainPhoto: AP

Most English fans, if not all of them, would have been nodding their heads when the final whistle of W Euro 2022’s second semifinal sounded. Because it signaled that Germany would be waiting at Wembley in the final for England and the only thing between the English and the women’s team’s first major trophy. This is the way.

Germany started the tournament on fire, pulverizing Italy 5-0. They’ve been just good enough since, and only conceded their first goal of the tourney in the semi thanks to Kadidiatou Diani’s hellion blast that needed just a slice of luck:

But that didn’t matter as Alexandra Popp continued her illustration of a true striker with two finishes that the word “exquisite” would stretch to describe accurately:

Germany has generally been a pressing machine in this tournament, though backed off into a mid-block against the talented French. But the tactics don’t matter right now. Whatever recent results, Germany is Europe’s standard bearer in the women’s game, having won this competition six times in a row once upon a time.

If you want to accomplish something, you generally go through Germany. For England, there is no bigger villain. They will always measure themselves against Zee Germans. No England fan would ever admit it, but this is what they wanted most. It’s not official unless you do it against Die Nationalelf. One must risk the biggest heartbreak to have the sweetest triumph.

Perhaps it’s time for “They Think It’s All Over II.”