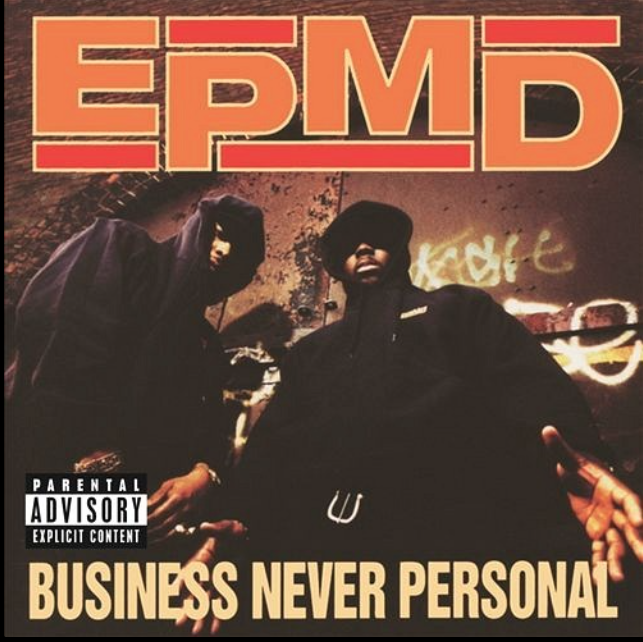 Coming after what critics would call their worst album, Business Never Personal served as a proper revival and temporary farewell for one of Hip Hop’s greatest duos to touch the mic.

This album is considered EPMD’s third classic album, even though it was their fourth overall and second on the Def Jam label.. Although underground for the majority of their career, this album saw large commercial and mainstream success, peaking higher than any of its predecessors on the Billboard 200 chart at #14 and selling 500,000 copies in the first few months of its release. The popularity of this album came in large part from the breakthrough lead single, ironically titled “Crossover”. This single itself peaked at #42 on the Billboard Hot 100 and #1 on the Top Rap singles chart.

Following this project, the duo disbanded only to join forces once again on a fifth LP, Back in Business. The group continued to bounce back and forth between activity and retirement until the release of their final album, We Mean Business in 2008.