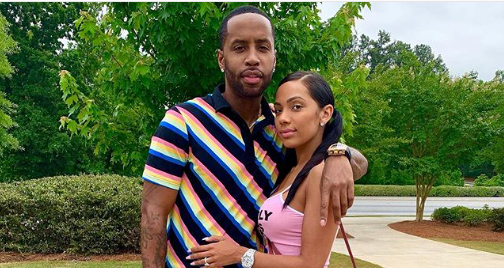 Mena filed for divorce after accusing Samuels of infidelity. The dissolution of their marriage played out on social media where they repeatedly took jabs at each other in several posts that have since been deleted. Mena and the “Love The Most” artist have two children together: daughter Safire and son Legend.

The rapper, who formerly dated Nicki Minaj for over a decade, was ordered to pay $4,305 a month in child support. The parents reportedly will share joint custody of their children. The “Love & Hip Hop: New York” star announced in March that their divorce was finalized, although fans did not buy that the marriage had legally come to a close at the time.

Fans had a lot to say about the amount of child support Erica was ordered to receive.

“4K a month for 2 kids mean he ain’t gettin it like they thought lol but I think ppl sayin “that’s it” cuz the lifestyle we seen them living so who looks at a price tag when u really buying but now it’s def gonna be different spending accordingly cuz it’s for the KIDS.”

“That is daycare per child lol.”

“Before y’all start, Atleast she’s getting something. Some of y’all BD’s still have backed up payments on that $59.99 a month.”

“I thought it’d be more honestly. He got off good.”

From one couple to another, 2022 has proven itself to be a challenging year for celebrity marriages. Singer Tyrese and his estranged wife, Samantha Lee, recently sat through two days of divorce proceedings where certain marital assets, spousal support and custody arrangements were the focus. The “Fast & Furious” actor is said to have been ordered to pay Lee, with whom he shares daughter Soraya, $10,000 a month in child support.