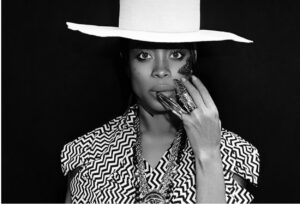 Erykah Badu Signs On as Executive Producer of ‘The DOC’ Documentary

Rhythm and blues diva Erykah Badu has agreed to executive produce a documentary that features her former boyfriend and N.W.A. contributor, Tracy Lynn Curry, better known as, The D.O.C.

According to Deadline, the documentary of hip-hop artist, The D.O.C. just made its debut at New York City’s Tribeca Festival. It is backed by Badu, who signed on as executive producer. For those who may not know, The D.O.C. is a hip-hop artist from Texas produced by the ultra-talented Dr. Dre, while the group N.W.A. made its mark on hip-hop.

The D.O.C. also dated a young Badu at the beginning of her career and the two created a child together from that union.

“I am excited to announce that I am coming on board as executive producer of The DOC, which recently [had] its world premiere at the Tribeca Film Festival,” said the singer.

“It is no secret that D.O.C. and I have created a ‘work of art’ together in the past, and I’m excited to continue our relationship professionally. D.O.C. has been my best friend for over 30 years, and I am honored to bring this amazing documentary home.”

The film chronicles the life of the prolific lyricist who also penned hit lyrics for N.W.A. and Dr. Dre. A co-founder of Death Row Records, he mentored Snoop Dogg and left his mark on hip-hop culture. During his rap career, he was known for his exquisite skills and his flow on tracks. His rap career was cut short by a devastating car crash that took his voice. In the documentary, The D.O.C. struggles with his legacy as a rapper with the greatest cadence before West Coast rap took off in popularity as he considers having surgery that might restore his vocal cords. He explores the risky decision along with a cast of celebrities who speak about the impact his artistry had on their lives and the world from music to love to civil rights crusading.

Caplan said, “D.O.C. (the man) has held a certain mythos in the hip-hop community. The greats — from Dr. Dre to Snoop Dogg to Jay-Z — speak his name in some of their biggest hits, yet his story has alluded the general public, myself included, for…