BREAKING NEWS
GMT-4 08:48
Home Technology ESPN+ is about to get more expensive, again 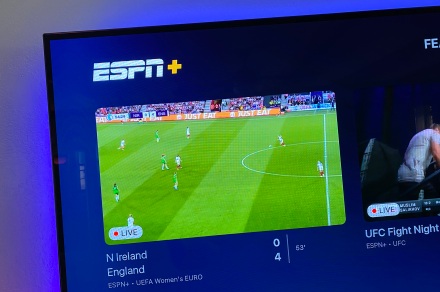 ESPN+ is about to get more expensive, again

That’s not the first time the service has seen an increase, and it’s likely not the last. But there’s good news for those who have ESPN+ bundled along with Disney+ and Hulu — that price remains $14 a month. (For now, anyway.)

The price hike comes a little more than a year after the last increase, which was a mere $1 per month.

But the timing is particularly interesting given a fairly major shift in content that’s coming in 2023. That’s when Major League Soccer — which currently is split between the Disney-owned channels and services (ABC, ESPN, and ESPN+) and Fox Sports (Fox, FS1, FS2) — makes a move to Apple TV+ and its own streaming service. That new MLS deal with Apple is good for 10 years.

The timing also is notable because it comes ahead of the start of the college football season, with college basketball following closely behind. While major conferences and teams still end up on live, linear channels, ESPN+ has been home to dozens of smaller games, making it a relatively inexpensive option for those looking for specific teams and matchups. ESPN+ is also home to just about every other live sport, though what you’ll find on the service still varies.