BREAKING NEWS
GMT-4 12:27
Home Technology Ethan Hawke on his role as The Grabber in The Black Phone 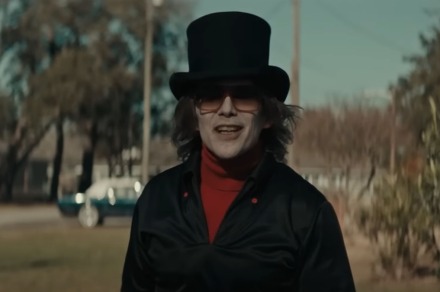 Scott Derrickson may have stepped aside from helming Doctor Strange in the Multiverse of Madness, but he’s back in theaters this week with his latest horror film, The Black Phone. Derrickson cast Ethan Hawke in the leading role as The Grabber, a sadistic serial killer and the nightmarish villain in the film. Aside from his recent turn in Moon Knight, Hawke hasn’t played too many bad guy roles. But in a new featurette from Universal Pictures, Hawke explains what drew him to The Grabber and why he agreed to play the part.

The Black Phone takes place in the late ’70s, a time before the internet and Amber alerts. From what we can infer about The Grabber, he’s been killing children for a long time before he captures Finney Shaw (Mason Thames), a young boy who was drawn to The Grabber’s childlike clown persona. Somebody really needs to explain the concept of “Stranger Danger!” to these ’70s kids. But it’s too late for Finney. By the time he realizes his mistake, he’s already well on his way to becoming the next victim.

However, The Grabber’s previous victims have something to say about that … regardless of their dark fates. The dead children reach out to Finney through a black phone in The Grabber’s basement. The line isn’t hooked up and it shouldn’t work at all. Yet somehow, the phone is the conduit between Finney and the deceased kids. If he follows their lead and fights back against his kidnapper, Finney may become the first of The Grabber’s victims to escape. But if he fails, he’ll just be another voice in the ghost chorus.

Madeleine McGraw co-stars in the film as Finney’s sister, Gwen, with Jeremy Davies as their father, Terrence. E. Roger Mitchell co-stars as Detective Wright, the police officer who is in charge of investigating Finney’s kidnapping.

The Black Phone is based upon an original story by Joe Hill, which was adapted for the screen by Derrickson and C. Robert Cargill. Universal Pictures and Blumhouse will release The Black Phone this Friday, June 24.