BREAKING NEWS
GMT-4 03:04
Home Sports Even with Watson’s future in jeopardy, Mayfield should leave the Browns 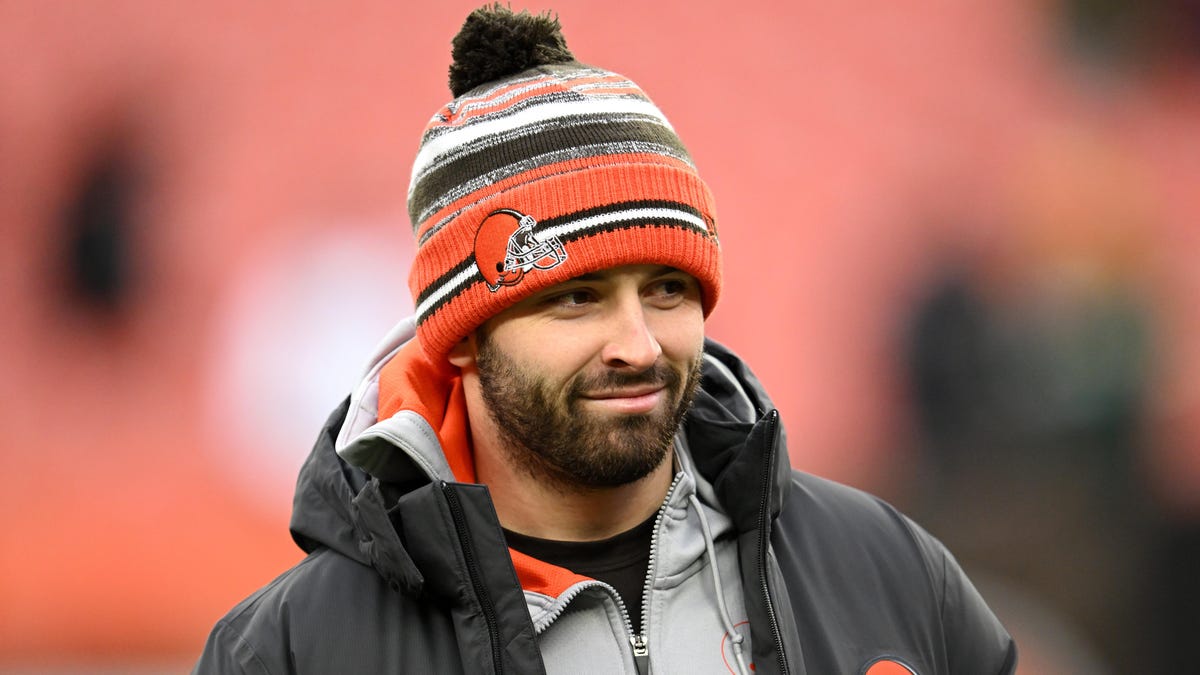 Even with Watson’s future in jeopardy, Mayfield should leave the Browns

What are the odds the Browns go running back to Baker Mayfield?Image: Getty Images

The Cleveland Browns are headed toward the 2022-23 season, looking like the same lovable dumpster fire we’ve come to know over the years.

DeShaun Watson looks to be on his way to at least a season-long suspension, and the team has shown Baker Mayfield the exit before officially kicking him out of the building. Former Browns QB Robert Griffin III thinks the Browns should go crawling back to Mayfield if Watson is unavailable this fall.

“I think the Browns should offer the olive branch to Baker and ask him to stay if Deshaun Watson gets suspended for a significant amount of time,” Griffin said. “Baker’s proven in this city he can go win a playoff game, get you to the playoffs, and do all those things. Last year, he played hurt and wasn’t very effective. The bottom line is Baker Mayfield is better than Jacoby Brissett, that’s just the bottom line. And if you’re going to have to play a full season with a guy, your best option is to go back to Baker Mayfield and beg him to stay.”

What Griffin is suggesting sounds like a horrible idea all around. Cleveland revealed their true feelings about Baker months ago. The Browns claimed they wanted “an adult” leading the team, then went out and traded for DeShaun Watson. Cleveland traded for Watson with full knowledge of the 22 civil lawsuits for alleged sexual assault at the time.

After everything that’s happened this offseason, it would be hard to go backward in the way RG3 laid out. The Browns came out publicly and told the world they were divorcing Mayfield. Now they bring in his replacement only to find out he will likely be on a long hiatus. And RG3 expects the franchise to go crawling back to the guy they just told he was no longer needed. Oh, that sounds like a great plan. NOT!

Mayfield has already given his thoughts on a potential reconciliation with the Browns. “No, I think for that to happen, there would have to be some reaching out, but we’re ready to move on, I think, on both sides,” Mayfield explained.

You can’t really blame Baker for feeling this way….