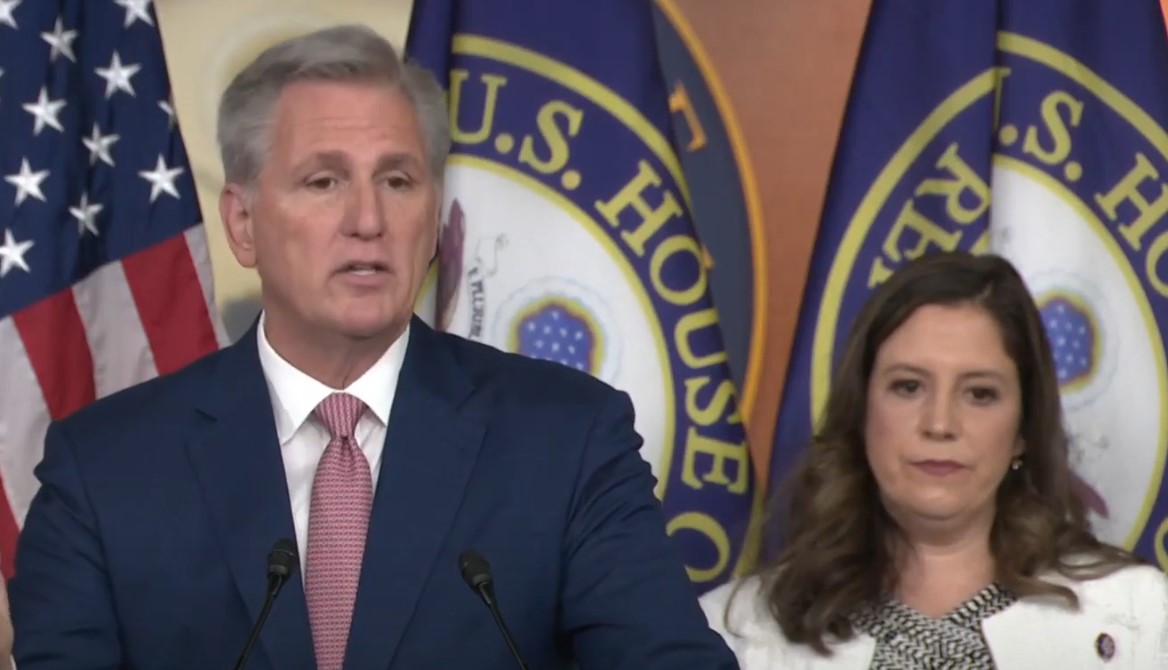 Every House Republican Voted Against Rooting Out Nazi-Neo Fascists in U.S. Armed Forces

Republicans aren’t ashamed to hide an open partnership with Nazis and fascists. There is no real penalty anymore but a tangible benefit to voting down a bill that would make life tougher for a part of their base.

This is stunning, and yet it actually isn’t. Mainstream Republicans are so tied to MAGAs that they cannot cross the MAGA movement, and the MAGA movement is so tied to Nazis, fascists, and white supremacists that the MAGAs cannot cross the latter. And so when a bill comes up that compels the military to find and root out these people, every single Republican in the House votes against it. These people are part of the base, and it’s not all that controversial these days (they must believe), so – no limits.

The House has approved an amendment to the National Defense Authorization Act to compel government officials to prepare a report on combating white supremacists and neo-Nazi activity in the police and military, despite every Republican voting against the measure.

The amendment, sponsored by Rep. Brad Schneider, was passed in a 218-208 party-line vote on Wednesday. All 208 votes against the amendment came from House Republicans.

The “Schneider Amendment” called for the FBI, the Department of Homeland Security, and the Secretary of Defense to publish a report that sets out ways to combat white supremacist and neo-Nazi activity in the uniformed services and law enforcement agencies.

The slow march continues with careful but readily apparent acceleration to open fascism based upon white supremacy, playing on white fears of becoming a minority in what they see as a country they own.

This is and always was the root of the MAGA movement. Trump hated the liberal position on human rights as much as the hidden Republicans did and encouraged these people to come out in the open. It is not hidden. It is part of a sick and dangerous ethic and identity.

History teaches that these movements never end well. Ever.

@JasonMiciak believes a day without learning is a day not lived. He is a political writer, features writer, author, and attorney. He is a Canadian-born dual citizen who…