BREAKING NEWS
GMT-4 07:36
Home Black Global Ex -Machachari Actress Mama Stella Says Says She Is Not Getting Acting Jobs Due to Her Vitiligo 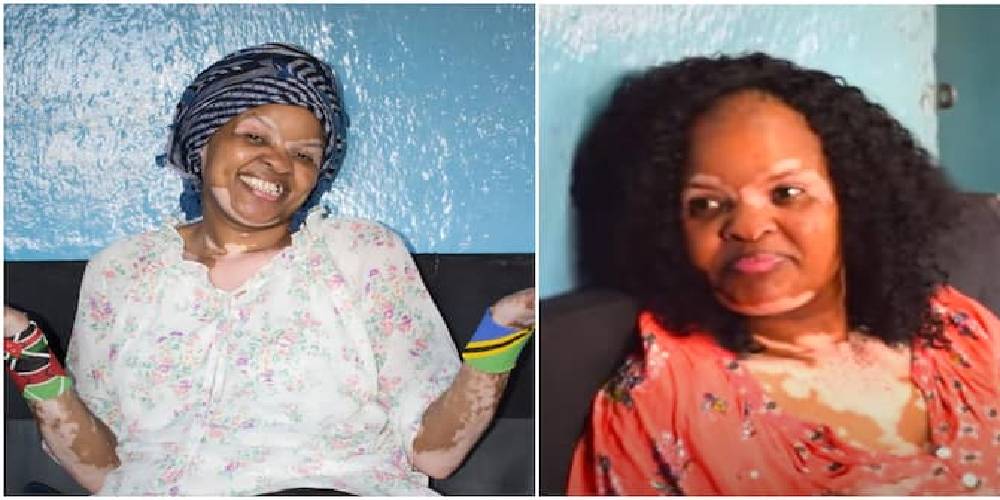 Ex- Machachari actress Clara Wamaitha, aka Cindy or Mama Stella has called out Kenyan’s movie industry for discriminating against her because of her condition.

Wamaitha, who played the role of a drunk mum on Machachari, said that only fellow actress Stella Machachari visits her and has walked with her since she started suffering from vitiligo.

“Since I got vitiligo, I have not acted again and they have never visited me,” Wamaitha said in an interview.

Wamaitha alluded to the fact that there is a lot of ignorance surrounding her condition.

My condition is like this contagious thing you cannot get a job or something. It’s not contagious but they don’t know that, they want people with perfect skin like you,” said Wamaitha.

The former actress also took issue with the Kenya Actor’s Guild which posts roles for various productions but never considers her. She said that Prisk have also not included her as an actress.

Wamaitha first came out about her condition a year ago and before that, she said she was depressed wondering why it was only her who had to face the situation.

“I wondered why God had decided it’s just me who had to go through this; I am an artist, how will I appear on TV?” she wondered.

Once her story was out, people from all works of life reached out to her and now she is grateful to all of them for money, offers of treatment from doctors and even witch doctors, support, and so on.

According to Wamaitha, there is no reverse on the damage to skin done by vitiligo. She has since found so much support from Patches Kenya who helped her get out of depression.

“When I saw them, I realized there are people like me,” she said.

This has prompted her to take up the cause of reaching out to people suffering from the condition and wants to work with them.