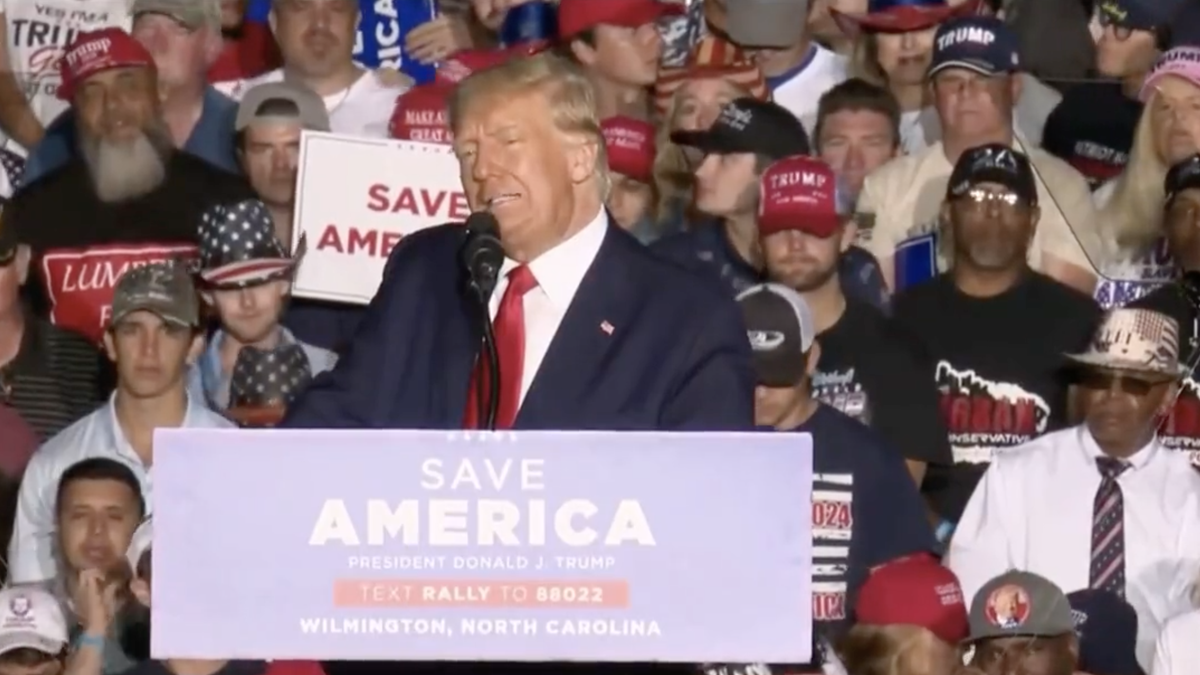 For most of his life, former President Donald Trump has been obsessed with football. There are failed bids to become the owner of an NFL team, taking control of the New Jersey Generals in a past version of the USFL, and calling players like Colin Kaepernick who knelt during the national anthem to protest systemic racism a “son of a bitch” before becoming an insurrectionist piece of shit that’s accurately called one of the worst Commander in Chiefs in America’s history.

During his Friday rally used to boost his own ego and remain unchecked for his countless lies and bouts of misinformation, he shockingly went off-topic, shocking in the same way you’re surprised Nick Saban has a good team at Alabama. Trump gave his thoughts on the Jets-Browns game from Week 2 and to be honest, his recount of the game wasn’t awful. He has no future in sports media but I’ve heard way worse takes. The chances Trump actually watched the game and wasn’t repeating what he heard from one of his staffers is high. He’s famous for his “executive time” where he watched Fox News instead of running the country. Describing things as “one-hundredth of 1%” isn’t precise language, but Trump got the details right about the Jets’ comeback.

Then after using his political stump to talk about sports, Trump said he called Jets coach Robert Saleh and GM Joe Douglas after the win. I’ll take “Things That Never Happened” for 800, Alex. We’ll find out for sure on Sunday, as they host the Bengals on Sunday and some reporter will ask the question to Saleh in the postgame press conference. Trump allegedly told Saleh “Coach, you’re greater than Vince Lombardi because Vince Lombardi never did that. He was never able to pull out a game like that,” all while flailing his arms like he was playing an invisible accordion.

Saleh, who has five overall wins as a head coach, is better than Lombardi, who led teams to five NFL championships? The Jets’ comeback was impressive. Maybe if the Super Bowl trophy one day gets renamed after Saleh he’ll be better than one of the best coaches in…