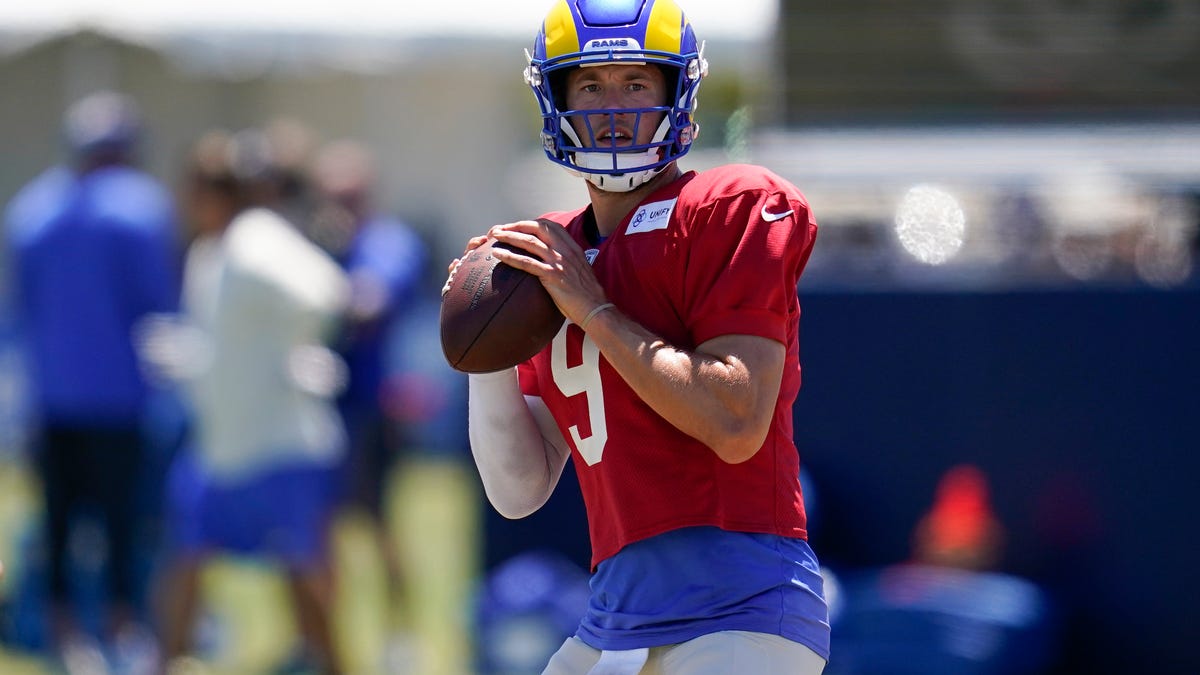 All eyes are on Matthew Stafford and his nagging elbow injury as the defending Super Bowl champs navigate training camp.

He told reporters he has “a little soreness” and “we’re working through it” while head coach Sean McVay doesn’t seem worried about his star signal-caller being unavailable to start the season.

Even though the Rams have been taking it easy with Stafford, there’s no guarantee that he’ll be 100 percent before the season starts — or even during.

If Stafford was to miss time, the Rams would have to turn to John Wolford or Bryce Perkins. Of the two, only Wolford has experience, starting a game in 2020 where he went 22-for-38 with 231 yards and an interception. Last year, he appeared in three games, going 1-for-4 for five yards and a pick, overall.

Would you feel comfortable with that duo?

I wouldn’t be surprised if the Rams made a move for a quarterback, even if it was just for a couple of games.

Here are some guys they could look at.

If the Rams don’t want to acquire someone via a trade, they could look to the (extremely dry) free agent market. Could McVay find use out of Cam Newton, Mike Glennon, or AJ McCarron for a few games? Or, if the 49ers ultimately release Jimmy Garoppolo, could the Rams be a surprise team to pick him up? I don’t see any way the 49ers and Rams complete a trade for the 30-year-old, so Los Angeles would have to wait and see if the Niners release him around the final cut-down day on Aug. 30.

While the Colts would love the idea of keeping Foles around in case something happened to their 37-year-old quarterback, they may also be willing to part with him if it meant an extra pick in next season’s draft. Foles hasn’t played much since bringing Philly a title, but he’s been as solid a backup quarterback as you can ask for, filling in nicely for the Bears the past two seasons.