BREAKING NEWS
GMT-4 07:58
Home Economics Family of Health Care Worker Who Drowned on Facebook Live Raises More Than $50K to Get Body Back to Kenya 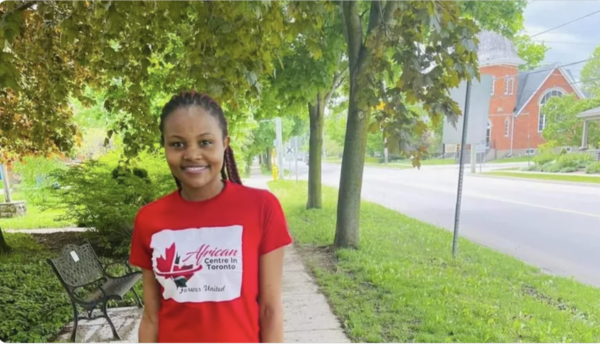 The family of a woman who drowned in a pool while live streaming herself on Facebook has received the money needed to return her body to her native country of Kenya.

Hellen Wendy Nyabuto, a health care worker in Toronto, Canada, was the sole provider for her family in the African country, according to her relatives. Her father, a smallholder farmer in Kisii, southwest Kenya, said Hellen would send money to cover education costs for her younger siblings back home. She died on Aug. 18 while fighting to stay above water in a hotel pool.

“She was assisting me financially to educate her siblings, particularly in terms of school fees and other expenses. I’m stuck now and back to square one. I’m wondering how her younger siblings will continue schooling,” Nyabuto John Kiyondi told CNN.

The family created an online fundraiser account to raise $50,000 Canadian, about $38,000 US, to cover the repatriation and funeral costs so that Wendy could be buried where she was born, according to tradition. As of Aug. 24, the family has raised nearly $52,000 Canadian or $40,000 US.

“I’ll not feel comfortable, psychologically, if my daughter is buried away from Kenya,” Kiyondi said.

Hellen’s younger brother, whom she lived with in Toronto, said she was “full of life” and had a warm smile and charming heart. Hellen worked part-time as a personal support worker and was studying nursing at Peak College, reports show. She emigrated to Canada in 2018. The 24-year-old was smiling, swimming and interacting with viewers on Facebook in the video that was later removed, Toronto Star reports.

“Everyone who met Wendy had their spirits lifted,” wrote Enock, one of the woman’s five siblings.

The Star reports the video depicts the woman spending three minutes frolicking in the shallow end of the pool at the Key Motel, where she was a guest. Hellen then moved to the far end of the pool, where she began struggling frantically. She disappeared from the frame but could be…