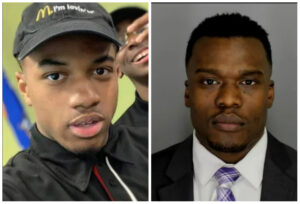 The family of Alvin Cole, the teen shot and killed by former Wauwatosa officer Joseph Mensah, has filed a federal civil rights lawsuit against Mensah and the city.

The Cole family is one of three families who have brought federal charges against Mensah. Attorney Kimberly Motley is representing the families concerning the fatal shootings of Cole, Jay Anderson Jr., and Antonio Gonzales, three Black males who all lost their lives at the hands of Mensah while he was on duty, Fox 6 reports.

“The bottom line, the family is asking for accountability,” Motley said.

Cole was 17 years old when he was shot and killed by Mensah, who was responding to a disturbance at Mayfair Mall. Dashcam video shows Cole running on foot. Mensah claimed the teen shot at him, so he fired back.

But the federal lawsuit claims Cole never fired shots at Mensah. It is alleged that the teen accidentally shot himself in the arm, fell to the ground, and dropped his gun before Mensah shot him five times 10 seconds later.

Cole died at the scene. His death sparked protests in the area and increased complaints against Mensah, who’s accused of being a violent police officer.

“Joseph Mensah is sort of, statistically, an anomaly,” Motley said. “He is one of the deadliest officers in the United States, we believe.”

Motley says the number of fatal shootings that occurred under Mensah’s watch, combined with what she says is a history of racism in the city of Wauwatosa and within the police department, led to Cole’s fatal shooting.

Mensah retired from the Wauwatosa Police Department after Cole’s death and is currently with the Waukesha County sheriff’s deputy.