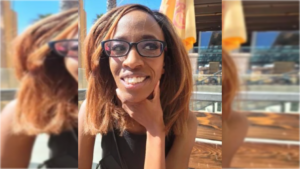 A Kenyan family is distraught and seeking answers about the disappearance of a woman after she moved to Wyoming to be with a man she met on Craigslist.

Irene Gakwa‘s family hasn’t seen her face since February. The last time anyone had physical contact with her was last Thanksgiving.

In March, CNN reported that Gakwa’s family reported her missing after noticing a change in her communication. It had been less than three years since Gakwa, 32, left Kenya for the United States, and her family had no idea she was living in Gillette, Wyoming, with a man she met in a Craiglist forum.

The missing person’s report was filed after Gakwa’s parents noticed she stopped returning their repeated video calls and started using a different tone in her text messages. Instead of responding using a mix of Swahili and Kenyan like Gakwa was known to do, the messages were in stilted English and read as if someone was using Google Translate to send them.

“The texts would be out of place,” her father Francis Kambo said.

Gakwa’s last message was sent on Mar. 9. Since she shared a family plan with her siblings, they were able to search records. That’s when they learned Gakwa had relocated from Idaho, where she initially moved after leaving their native Kenya, to live in Gillette with her boyfriend, Nathan Hightman, 39.

Hightman told police he hadn’t seen Gakwa since she moved out in late February. He also claimed to have taken money out of her bank account so that she would be forced to contact him if she needed money.

However, Hightman didn’t just take money out of Gakwa’s account. He also transferred nearly $3,700 from Gakwa’s bank account to his own and spent an additional $3,230 on her credit card.

When Gakwa’s family asked Hightman for her belongings, he refused. He’s also reportedly refused to participate in the active investigation into her disappearance.