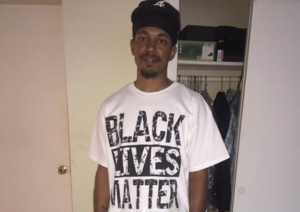 A family is demanding answers about the missing remains of a suspected murder victim who was mailed inside a FedEx box three years ago.

Jeffrey Merriweather, 32, was fatally shot in Atlanta in 2019. After his remains were sent to the Fulton County Medical Examiner, the office wanted them sent to a lab in St. Louis to determine how his remains became a near-complete skeleton less than two weeks after the shooting, AJC reports.

But the remains never arrived, and three years later, the family still has no answer as to where Merriweather’s body is located. The missing 18.6-pound box has only added to the family’s heartbreak over the loss and created a huge scandal for the Fulton County government agency.

“It’s a nightmare you can’t wake up from,” Kathleen Merriweather said of her son’s missing remains.

“I just want — I need — closure. And I know his kids are resilient, but I think they probably need that also.”

The office has given the family little to no information about Merriweather’s whereabouts and no formal review or findings detailing what went wrong to ensure the disturbing mistake wouldn’t happen again.

What makes the scandal even worse is the federal law prohibiting FedEx from shipping human remains. Human bodies are traditionally transported across state lines by the airline.

The U.S. Postal Service is the only mailing service that can follow strict guidelines to legally carry human remains across the country, as noted by The National Funeral Directors Association.

Merriweather’s family is demanding answers and justice for their missing family member.

“I just want someone to be held liable for this,” Jeffrey Merriweather Sr. told People in April.

“I have his two kids too, and there’s no closure for us.”

“I just don’t understand how certain laws protect people from things like this.”

A FedEx spokesperson released a statement directing all questions to the Fulton County Medical Examiner’s Office.

“Our thoughts and concerns remain with the family of Mr. Merriweather, however, we request that further questions be directed to the Fulton County Medical…