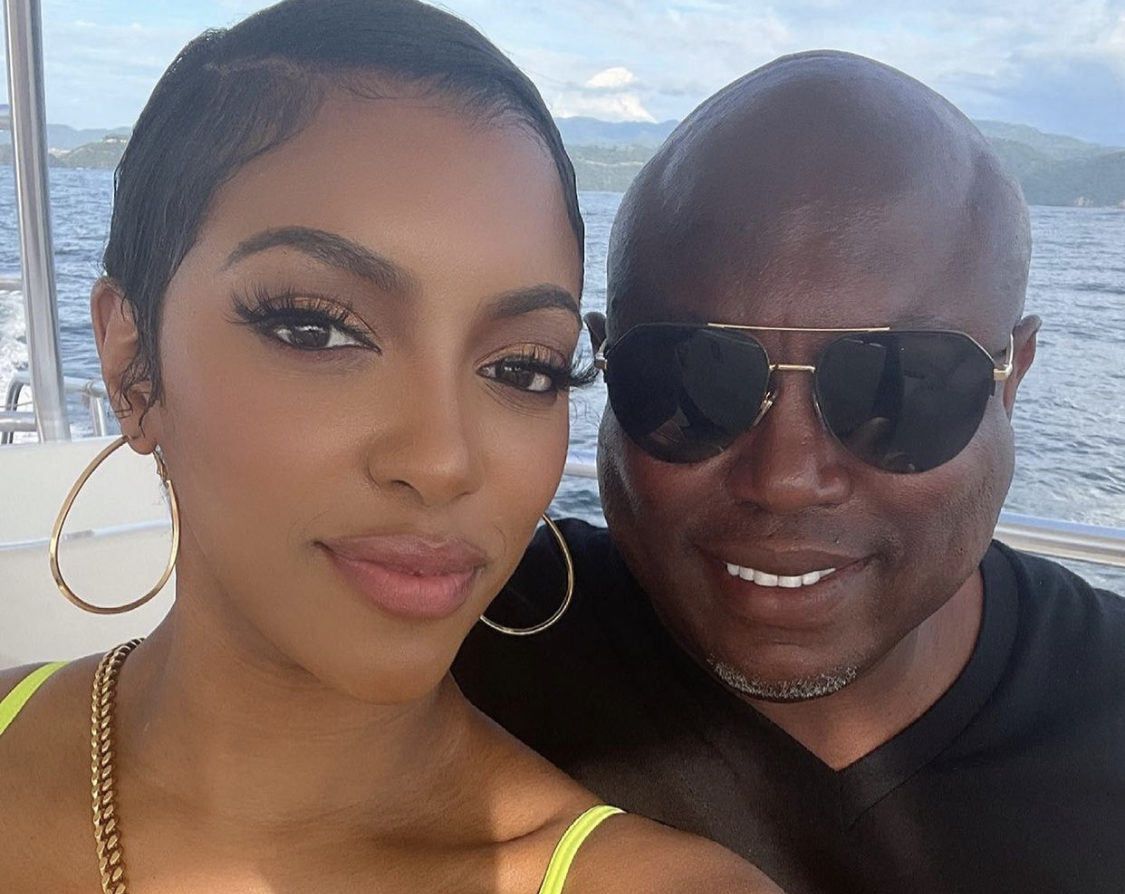 Porsha Williams‘ fiancé Simon Guobadia became the center of attention after the couple attended a wedding this past weekend.

The reason surrounding the commotion stemmed from the businessman’s ageless appearance.

In an Instagram post shared on May 22, Williams informed her followers that she and Guobadia were guests at her aunt Regina’s nuptials. While sharing images from the special day, she wrote, “We love celebrating love! Congratulations, Auntie Regina! Never too late to live your best life! #HappySunday #MrandMrsLittle.”

As fans viewed the upload, many pointed out how youthful Guobadia, who is 57, appeared in the photos. One Instagram user went as far as to claim that the “Porsha Family Matters” star looked 20 years younger.

“Y’all look good together. He looks younger and happier with you.”

“Girl you are great for your man cause he look like he is aging in reverse now. Congratulations to your Auntie!”

“Simon is losing weight, looking younger, & getting better. Perks of being with a good woman.”

Among the previous remarks, others mentioned Guobadia’s glow since being with Williams. One wrote, “Simon is glowing you can see he really happy now.” Another said, “@porsha4real this man is glowing now that he is with you. #letmeupgradeya.”

Williams and Guobadia have been together for a year after confirming their relationship and engagement last May.

During that period, the couple’s love affair caused a social media uproar because of the pair’s dating timeline and Williams’ alleged friendship with Falynn Pina. Pina was married to Guobadia, and they appeared on season 13 of “The Real Housewives of Atlanta” as a married couple. Pina and Guobadia would ultimately finalize their divorce…