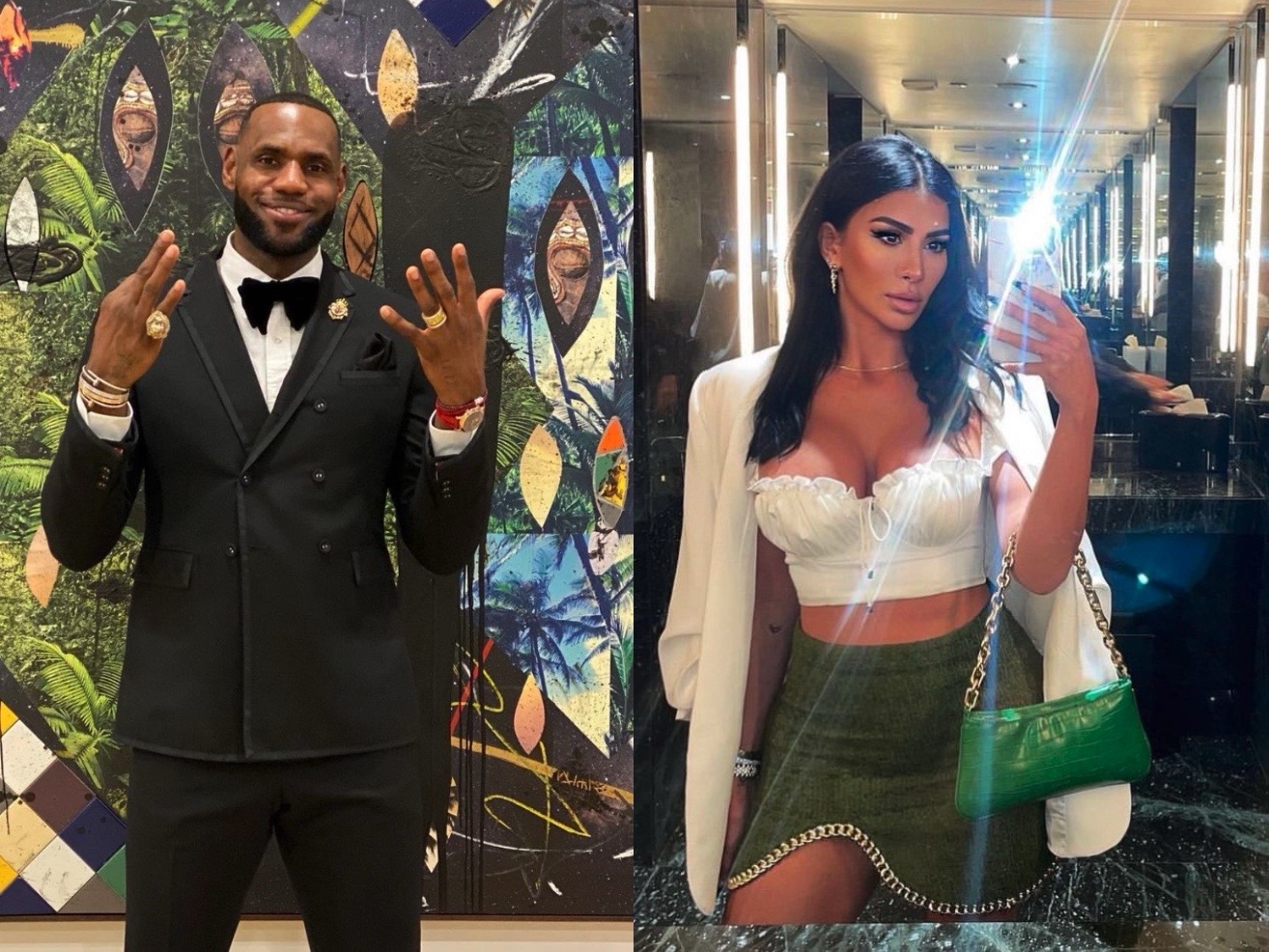 It can be argued that Lakers basketball player LeBron James is a legend on and off the court. His NBA record speaks for itself, while his community activism shows his true leadership abilities. LeBron’s name holds weight, his name makes people’s heads turn. So when an Instagram influencer posts a screenshot of the married billionaire allegedly “creepin” on her page, people are bound to talk.

Persian model Ghazal uploaded a photo that captured LeBron James viewing her Instagram story. The entrepreneur captured the picture, “Every day a new rapper/ athlete creepin GM to y’all still a no for me [crown emoji]” with an arrow directed at LeBron’s Instagram handle.

Theneighborhoodtalk reposted her story onto their page only to be met with LeBron James fans who were not only unimpressed by the post, but also believed this was an attempt for Ghazal to gain attention.

“Can someone tell sis that it’s called social media for a reason. People will look if it comes across their way. I don’t see no DM nor a follow. Why brag about this? It’s just another day.”

“I watch people story who I don’t follow all the time girl, relax”

Although fan remarks weren’t in favor of her actions, those comments didn’t stop Ghazal from uploading a second post that claimed the public was, “losing your minds over a story.”

The model uploaded a comment that stated, “Damn girl now what if LeBron was checking out ya story cause he wanted to buy some clothes from you for his wife.. You acting like he slid in your DM asking to take you on vacation [laughing emoji].”

In response to the think piece Ghazal wrote, “P.S out of all the comments this is the one. Lol (Anytime honey) Y’all losing y’all minds over a story… Imagine if I hit you with the DMs. FYI I’m happily taken”

Lately, LeBron James’ name has been brought up on different occasions, but the small forward has yet…