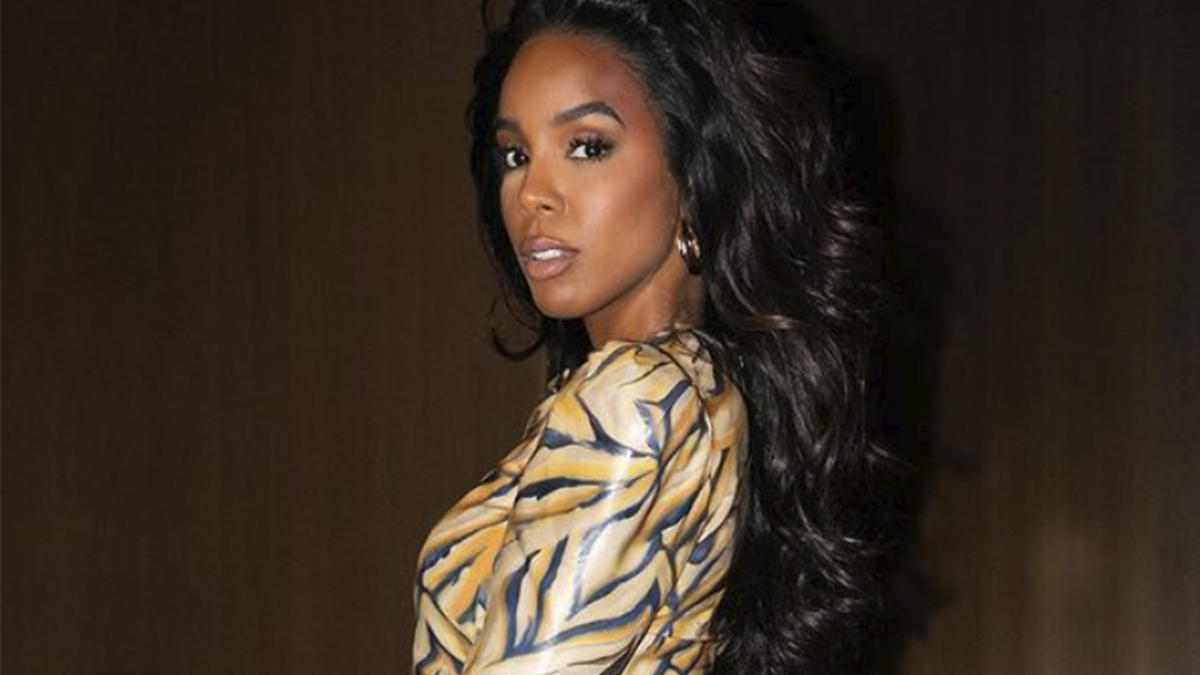 Kelly Rowland has fans flooding her with compliments after posting yet another stunning snapshot online.

Rowland kicked off the month of July by posing on a building rooftop with a forest of trees and a city skyline as her backdrop. She wore a dress with a knitted top with cut-out sides, and a fringe bottom that fell just below her derrière. She paired the outfit with a pair of white heels and long-flowing tresses.

Fans taking in the sight were head over heels in deep admiration of Rowland’s stunning beauty. “Oh really [fire emoji],” and “Oh you showing out,” wrote some fans. Another commented, “You betta staaaahp!!”

“Almost 3 decades in the game and they still can’t stop yoooou!!”

A few others made mention of Rowland’s long, toned legs. “Now I need your secret to those legs!!” And “Legs for days [heart eyes emoji],” one person wrote. At least one social media user felt the photo was serving up the vibes of Rowland’s song “Like This.”

““Told y’all I was gonna bump like THIS,” wrote a fan using song’s lyrics to emphasize the singer’s beauty.

“So you & your sis just got keep cutting up?! #KillahKellz,” wrote another fan. Rowland’s Destiny’s Child bandmate Beyoncé recently sent fans into a frenzy after releasing her first single from her upcoming album, “Renaissance.” Ahead of the album’s July 29 release, the “Break My Soul” singer revealed her cover photo. In the photo where she sits atop a glowing horse, she is nearly nude with the exception of some intricately placed silver body armor and silver stilettos.

Rowland may not be gearing up to release music of her own just yet, but she’s still booked and busy. The mom of two is currently filming “Fantasy Football” alongside…