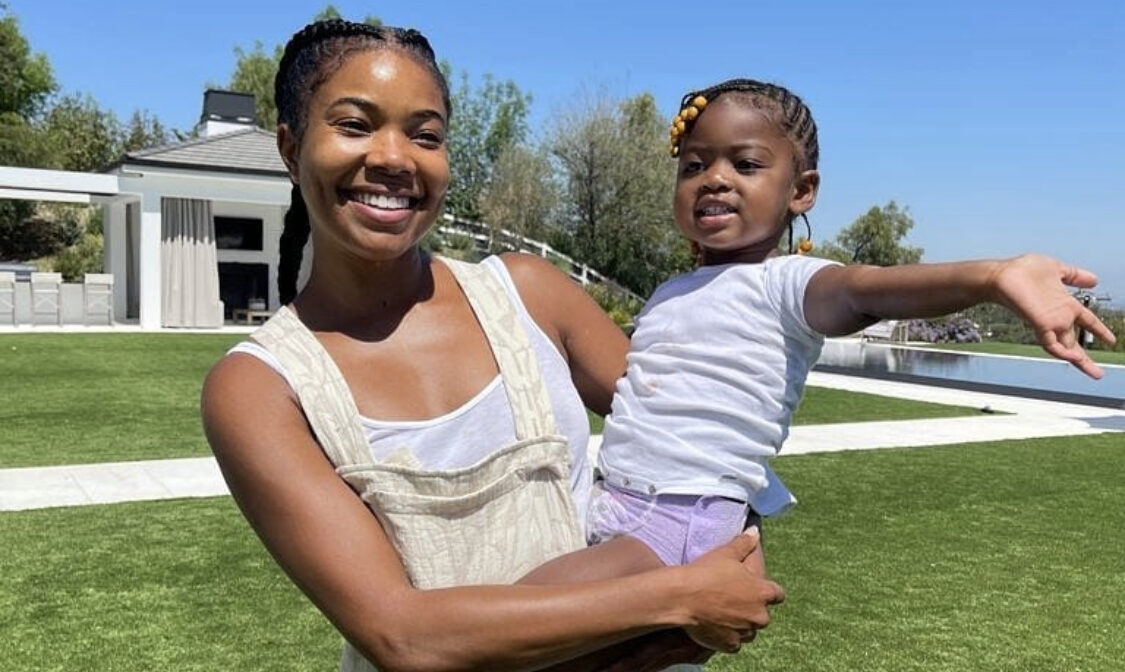 In the past, Gabrielle Union and Dwyane Wade’s daughter Kaavia James Union Wade has showcased she wasn’t a fan of her parents going on solo trips.

So it came as no surprise that when Union announced that she was taking a vacation without the toddler on Aug. 15, Kaavia was anything but thrilled.

Gabrielle Union shares she’s going on a vacation without her daughter Kaavia James Union Wade and fans zoom in on the toddler’s facial expression. “Photo:@gabunion/Instagram) (Photo:@kaaviajames/Instagram)

In the video that was shared on the pair’s respective Instagram accounts, Union and Kaavia James were seen lounging around on the couch in what appeared to be their home as the actress revealed the news.

The clip starts with the mother-daughter duo staring at the camera as a voice-over track plays in the background. The track featured Union’s voice, saying, “when your child finds out that you’re going on vacation, but they’re not invited. Stay mad, jam, stay mad.”

Throughout the video, Union’s facial expression changed from a happy face to a frown when she saw how visibly annoyed Kaavia James was.

Although the “Being Mary Jane” star didn’t disclose where she would be going for her upcoming vacation, she did inform her followers that Kaavia James would be taken care of by her mother and sister.

The 49-year-old wrote in the caption, “Mama gotta eat too now. Have fun with Grammie and Tia @kaaviajames #vacationloading #ShadyBaby.” As fans viewed the recording, many expressed how funny the post was. The remarks ranged from comments regarding Kaavia James’ facial expression to the video’s sound and visual effects.

“I’m dying over here because of her look.”

“Kaav certainly not in the mood (laughing emoji).”

“The slow mo took me out not hit’em with the slow mo on the baby.”

Among the previous responses, others brought up how they could relate to Union’s child-free trips. One wrote,…