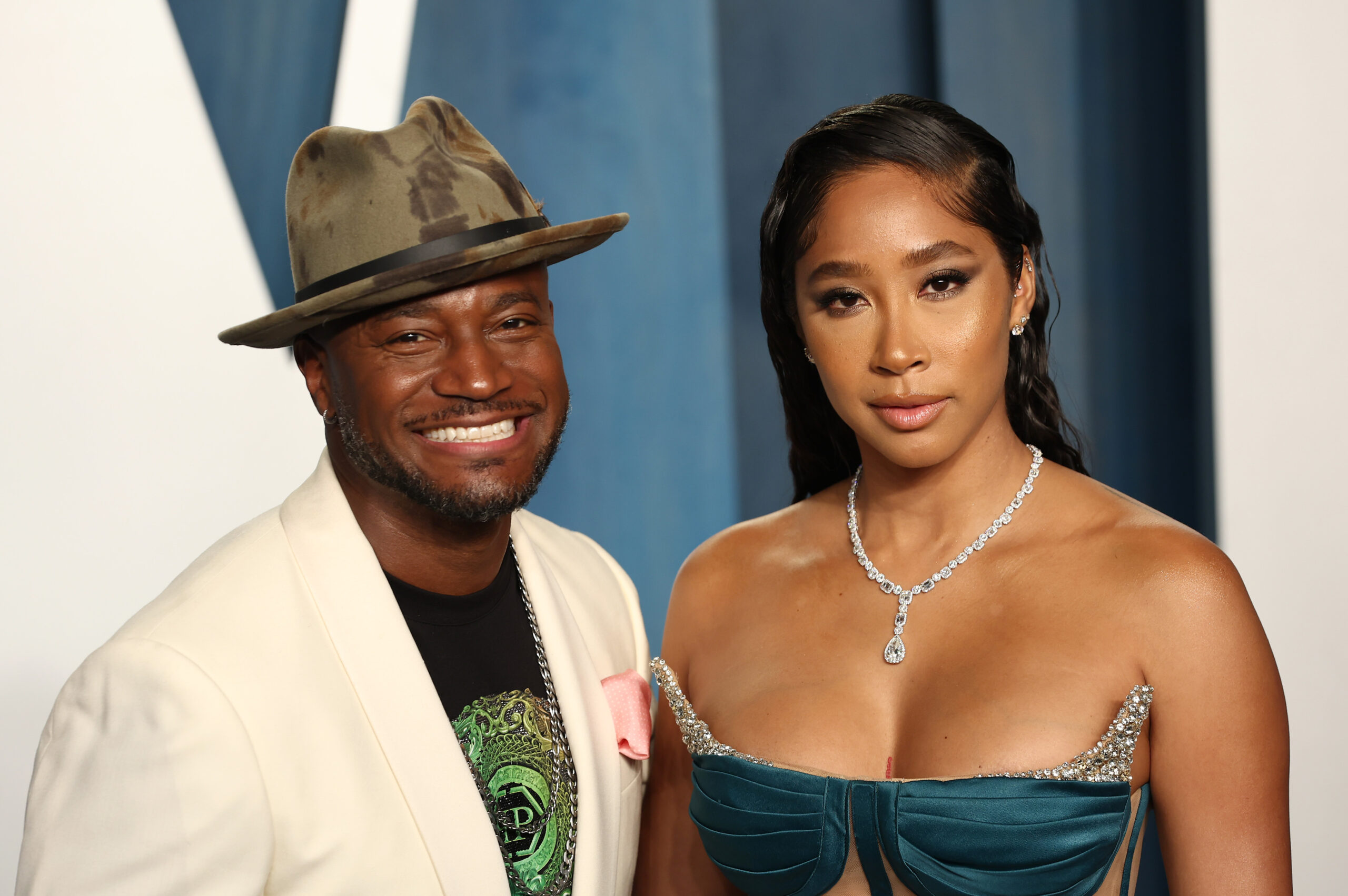 Apryl Jones and Taye Diggs sparked dating rumors last December after the pair was spotted attending a holiday party together.

Diggs and Jones would ultimately publicly confirm their relationship in February of this year after the 35-year-old declared her love for Diggs on Instagram. Before their current relationship, Jones was previously linked to Omarion, with whom she shares two children: Lil Fizz and Dr. Dre.

Since going public with their relationship, Jones and Diggs have shared numerous dance and skit videos online on their respective social media pages. On May 24, Jones uploaded a recording of the pair dancing in what appears to be a nightclub.

In the clip, Jones and Diggs are seen jamming along to “Show Me Love” by Robin S. In addition to the upload, the model wrote in the caption, “It’s about time we throw our own party! Yup!” Following the post, Diggs commented on how much he enjoyed dancing alongside Jones.

He said, “@aprylsjones I love dancing w you.” As fans viewed the recording, many brought up the couple’s bond. A handful of the comments related to how much fun Jones and Diggs appeared to be having while on the dance floor.

“These two mutha****** belong together! I love it! They are hilarious.”

“They seem like a good time they have fun together.”

“These two are so hilarious together. He brings out the fun personality in Apryl I never thought she had.”

“They be having genuine fun together.”

“I’m so happy y’all found each other!! Totally random yet so beautiful.”

In addition to the previous remarks, others claim they hear wedding bells between the two love birds. One wrote, “Just love the way you guys enjoy your relationship. I have never seen April this happy. Can’t wait for wedding bells.”

Another said, “I’m trynna get an invite to the wedding at this point.”