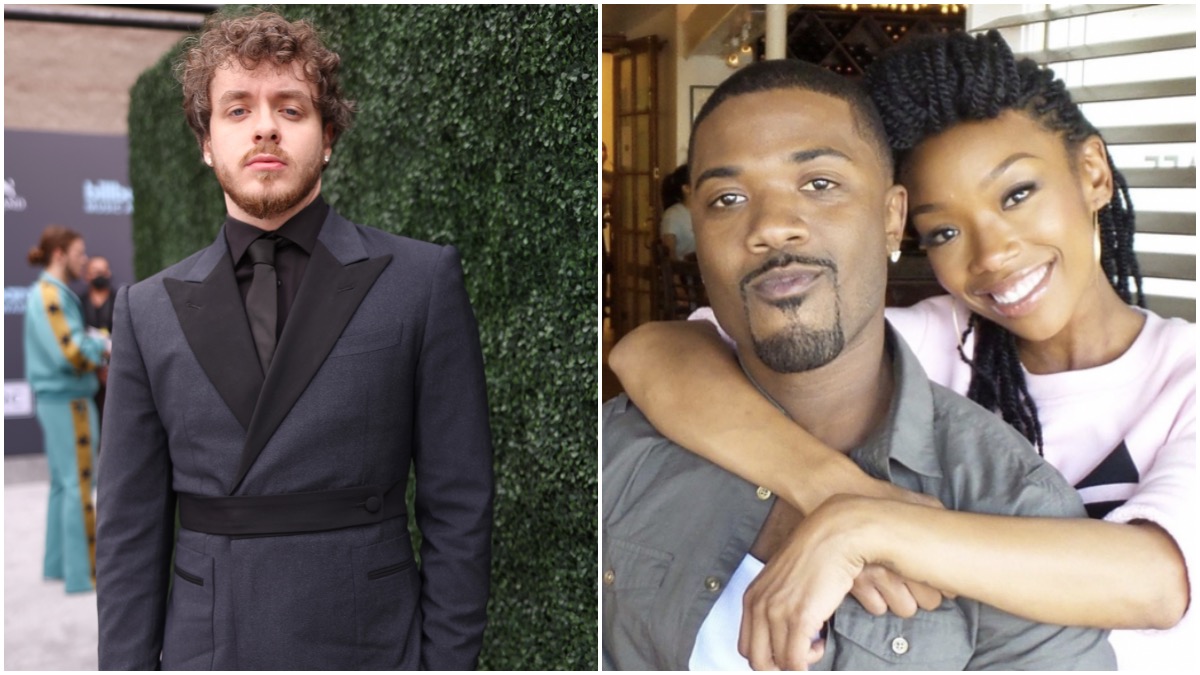 Fans ridiculed the Louisville rapper for not recognizing one of the singer’s most iconic songs, “Angel in Disguise.” The hosts attempted to give Harlow hints about who was singing, but though he said he was familiar with Ray J, he had no idea of his relation to Brandy.

After the interview went viral, Brandy responded on Twitter, saying, “I will murk this dude in rap at 43 on his own beats and then sing is a– to sleep.”

Well, it looks like “The Vocal Bible” artist made good on her promise and dropped a freestyle over Harlow’s track “First Class” that aired on the morning show as well.

“Allow me to reintroduce myself / My name is world-famous, one of the greatest / Living legend, did I mention my resumé is amazing / The game need a breath of fresh air and I’m breathtaking,” Brandy raps on the nearly two-minute track.

She continued, “Painted pictures, Cinderella scriptures, but that don’t mean Jack in the streets, Jack of all trades now I’m here jackin’ for beats.”

Elsewhere on the track, the actress mentioned the cancellation of the ABC show on which she appeared: “Queens,” adding, “ ‘Queens’ canceled but you can never cancel a queen.”

She also made jokes about being “tougher” than her younger brother’s glasses line and told fans to no longer call her Brandy but to address her as “your highness.”

Brandy did not have to “murk” Jack Harlow on his own track but fans are enjoying her lyricism. The vocalist ripped the mic the same way she did as her character Naomi on the ABC series as a member of a female rap group.

“I think she did this for fun. She’s not that serious or upset. She just wanted to drop some bars,” said one person in the comments of The Neighborhood Talk’s post about the…