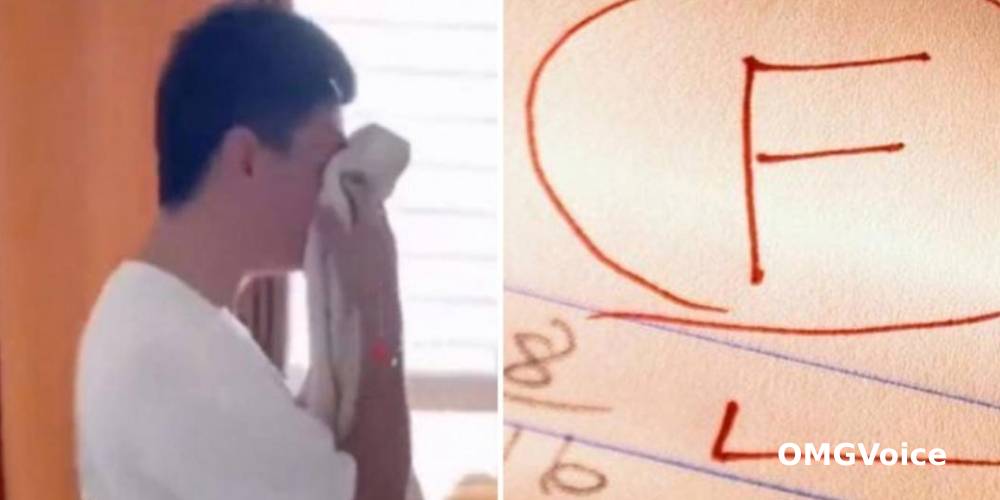 Math is not everyone’s cup of tea. For many, even after growing up, math nightmares are real. The subject is twisted, and while it may be a piece of cake for some, it can still cause real tremors in those who could never truly understand it.

A father in China was hopeful that his son would pass exams with flying colors with his tutoring and guidance for a year. But to his dismay, his son flunked the math exam.

In China, a video of a father bitterly weeping went viral, more so because of the reason. The son, whom he tutored for a year, came home with a score of 6/100 on his final math exam.

The father’s reaction is a natural response to the disbelief and sadness he must be feeling seeing his son flunk the math exam.

The video, posted on Weibo, has since gotten over a million views, more so because of the nature of the incident and how his wife is seen laughing behind the camera.

It was discovered that the father, who resides in Zhengzhou, Henan, had spent the past year staying up late to tutor his child in math.

The fact that the father reportedly tried to help his son achieve more reliable results—his son had previously been receiving anywhere from 40 to 50 to even 80 or 90 marks—made matters worse. But when the son returned with a poor score of 6 on the last paper, the dad’s disappointment became too much to handle.

“I don’t care anymore; my efforts have been wasted,” the man can be seen sobbing in the video. He adds, “Let him struggle by himself.”

What could be the reason behind his son’s performance?